Mrs Dorothy (Bruce) Spicer examines an air mail letter from her mother Mrs. E Glover of Brighouse York England mailed December 21st. The letter went missing with hundreds of others when the BOAC stratoliner crashed at Preswick Scotland Christmas Day with the loss of 28 lives. Mrs. Ken (May) Williams looks on. Note the edges of the letter are scorched. 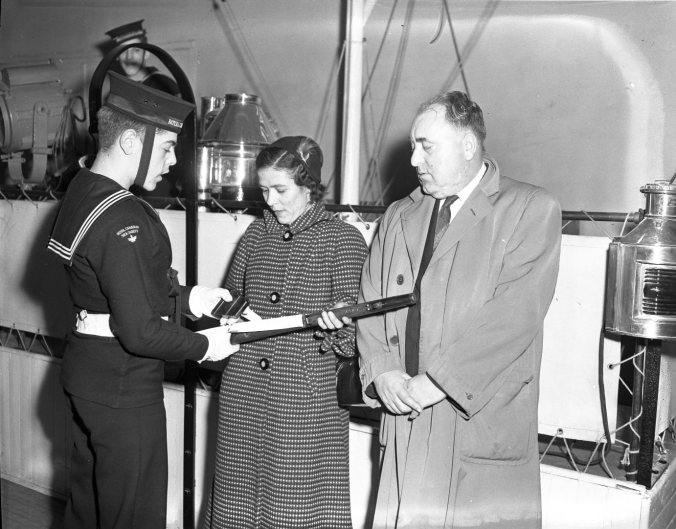 Local sea cadet officials were pleased with the turnout of parents for the reorganisation of RCSCC Huron, O.S. Robert Fournier shows his parents Mr. & Mrs. Henry Fournier of Penetanguishene the functioning of his rifle.