Again we have a shortage of negatives for the last two weeks of July, is Ken Somers on holiday? Pictures in the paper at this time were submitted by others or staff photos from Penetang, neither of which we the have originals of. We have gone back and photographed recent Penetang items from the paper, the quality is poor, but hopefully the content is of interest. 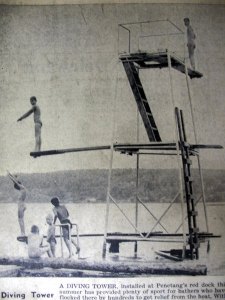 Diving tower installed at Penetang’s red dock this summer has provided plenty of sport for those looking for relief from the scorching heat. With staggered boards it is possible for all to use it at once safely. David Hook on the bottom board, Stanley Legault, middle, Alvin Legault on the top. Tower was built from used material by Wilkie Garraway. (Staff photo) 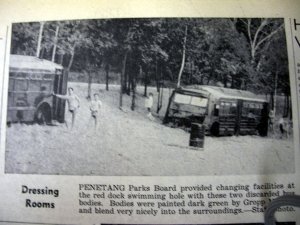 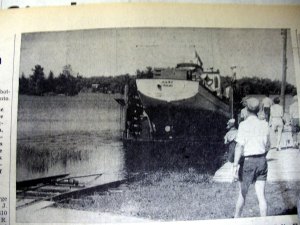 The gas boat Julie F. of Midland goes back into the river at the top after crossing the portage at the Big Chute. Summer visitors find the operation of the marine railway a never ending source of interest. And still do. (Staff Photo) 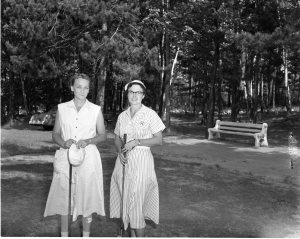 Opponents in the finals of the club championship in the ladies section of the Midland Golf and Country Club this year were Miss Margaret Robinson and Mrs. Cecil English. Mrs. English won and received the Jeffery Championship Trophy. 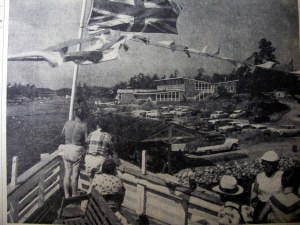 City of Dover approaches the government dock at Honey Harbour on her daily afternoon cruise which gives passengers a fine view of the Delawana Inn on the right and the Royal Hotel on the left. (Photo by Dorothy Bushmann) 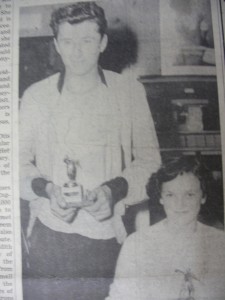 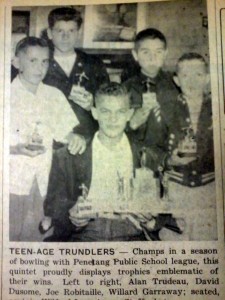 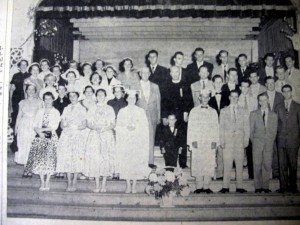 Surrounded by 30 former students who have graduated in the last ten years from the Lafontaine Continuation School are this years graduates, Viviane Marchildon, daughter of Achille Marchildon, and Leo Marion, son of Mr. & Mrs. Herman Marion. Graduates  in center wearing white gowns and mortar boards. George Johnston, the local MLA and Rev. Thomas Marchildon, pastor of Holy Cross Church, stand behind the graduates. (Photo by Rolfoto) 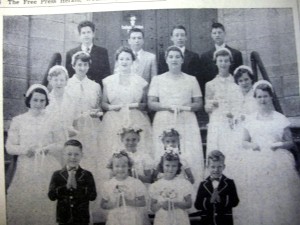 This group of smiling graduates and their young attendants are the senior class from Sacred Heart School being photographed following graduation exercises at St. Margaret’s Church. (Photo by Rolfoto) 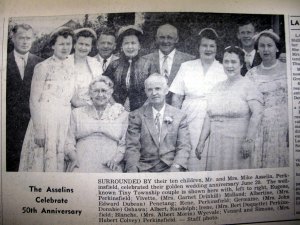 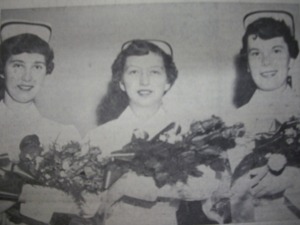 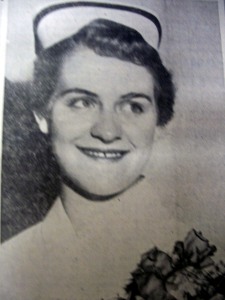 Agnes Jean McConnell was one of three Midland girls who graduated this year from the Royal Victoria Hospital’s school of nursing. (Barrie Examiner photo by Favero) 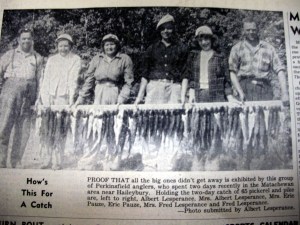 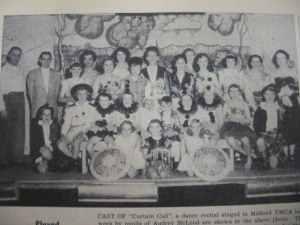 A dance recital held by the students of Audrey McLeod at the YMCA last week played to a full house. Mrs. McLeod can be seen at the far right of the back row. (photo by Lorne Watson) 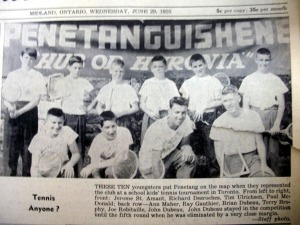 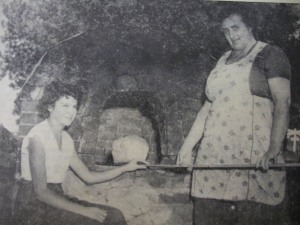 Quebec has no monopoly on quaint scenes such as this where home made bread is baked in an outdoor oven. Removing the tasty looking loaf on a “paddle” is Mrs. William Moreau of Concession 11, Tiny. Girl beside her was not identified. (Photo by Favero)