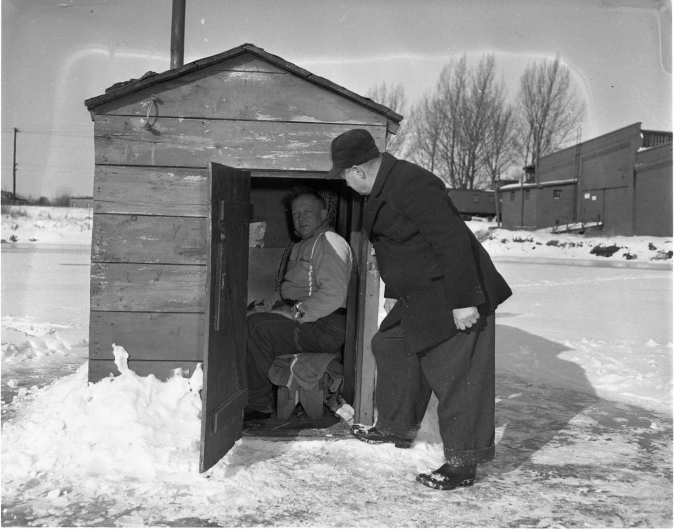 This Photo appeared in the Free Press Herald, January 9th, 1957 along with the caption below. (p. 12) These men are fishing at the west end of the sheds. Note the caboose in the background.

Ice fishing is a common pastime in North Simcoe as demonstrated by two Port McNicoll devotees of the sport. Mike Kosecky in the shack talks over the days results with John Lisowski. Whitefish and pike are usually taken in good numbers. 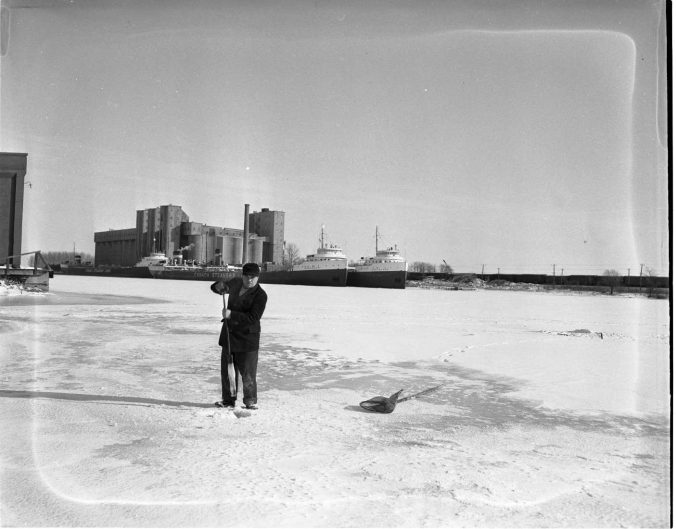 This photo appeared in the same edition of the Free Press Herald on page 14 with the caption below. The long lines of standing rail cars were due to a strike by CPR rail employees which had started on January 2nd. The strike was ended by an act of Parliament on January 11th.

You must chisel a hole and find minnows for bait before you can ice fish in Georgian Bay. John Lisowski of Port McNicoll had tried several spots before this picture was taken in the slip at Port McNicoll. 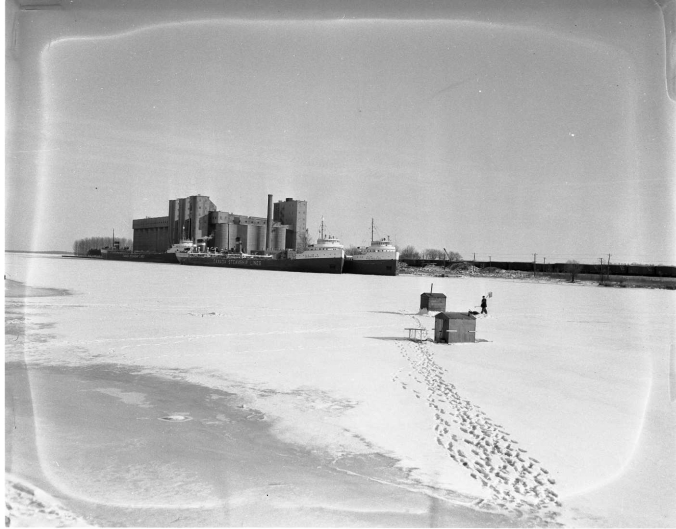 This photo was unpublished.