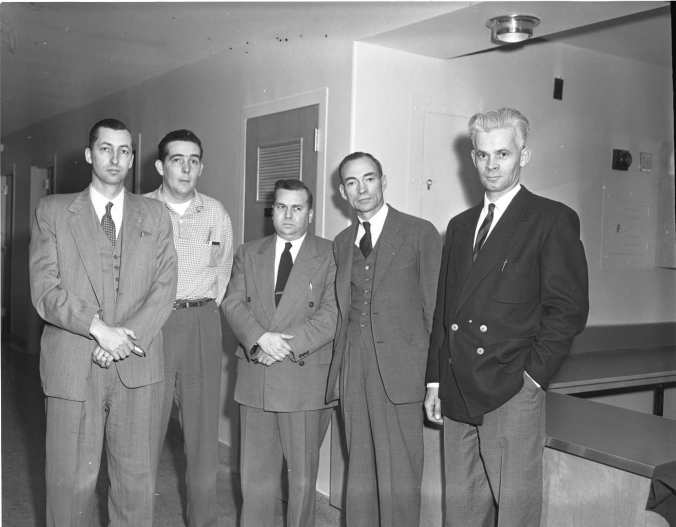 This photo, #2006 20 4334 from June 1958, was not published in the paper. The District shield for troop achievement was awarded to Third Midland Troop (Knox Presbyterian Church sponsor) and Scoutmaster Jack Brownlee, for patrol system and efficiency. The only Scout known is Iain Brownlee, front left, son of the Scoutmaster.