First snowfall of the season greeted Midlanders on Monday morning.

More than $1,000.00 has been contributed by North Simcoe residents to the Hurricane Hazel relief fund.

Midland pair sentenced in Barrie court for their part in an attempted robbery at the Hitching Post Restaurant in Wasaga Beach. The third member of the gang was shot by the proprietor and was found dead on his Fitton Street kitchen floor by Midland Police. 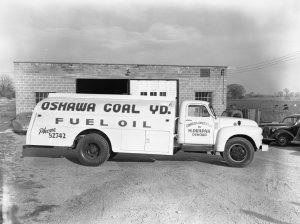 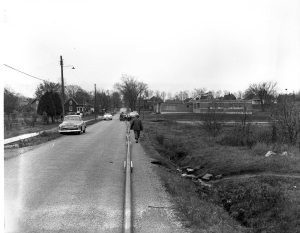 Canadian first for Midland Industries Limited – believed to be the first and longest piece of six inch polyester pipe ever extruded in Canada is readied for delivery to the new Canadian Name Plate Co. Ltd. plant being constructed on the waterfront. 200 foot section only weighs 450 pounds, one-ninth the weight of steel pipe and will be delivered on dollies drawn by a light truck.