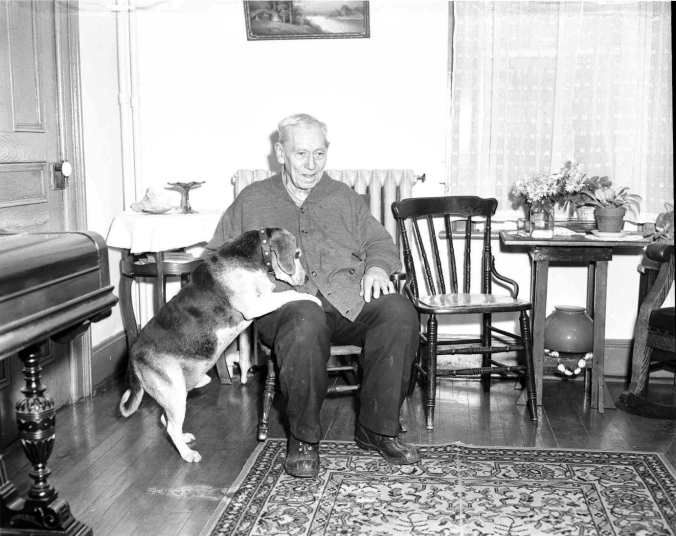 Bert Hanly, now 83, hasn’t missed a deer hunt since he started back in 1896, including this year. Seen with his dog Digger. 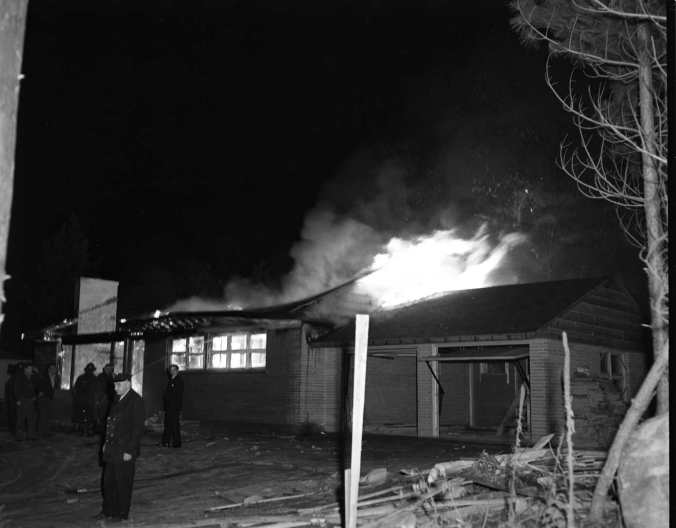 Nearly completed home of Mr. & Mrs. John Power located at 436 Hugel Ave. across from the new high school, burns in the middle of the night. Structure valued at $12,000.00, only the two car garage was saved. Fire Chief Irwin Jackman, in the foreground, indicates that there is not enough water pressure in this new residential area to support fire fighting.

Home of Mr. & Mrs. John Power on Hugel Ave. is being rebuilt after the fire. The newlyweds had just returned from their honeymoon. The loss was covered by insurance. The house in the foreground, also nearing completion, is owned by Harold Wilcox.

Halloween trick or treaters, shelling out in her store on Dominion Ave. is Mrs. Stan (Margaret) Ligowski.  A favourite photo of mine, memories of a wonderful person.

Ken Well’s new boat Moonstruck II is being readied in the loft of the Midland Boat Works. It will be taken to Toronto from where Mr. Wells and his wife Lucille Oille, well known sculptor, engraver and illustrator, will proceed down the Ohio and Mississippi Rivers to Florida returning by the Atlantic Coast. Mr. Wells is a journalist and writer known for his Toronto Telegram articles from the “Owl’s Pen”, their Medonte home, also several books. In the foreground is Len Cowdrey, the plant superintendant and his son Cal Cowdrey and Bruce Cuff, at the stern is Jack Sharpe. 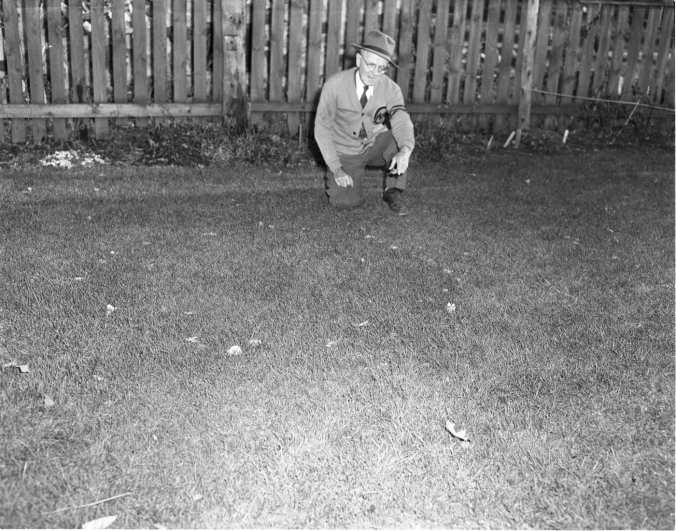 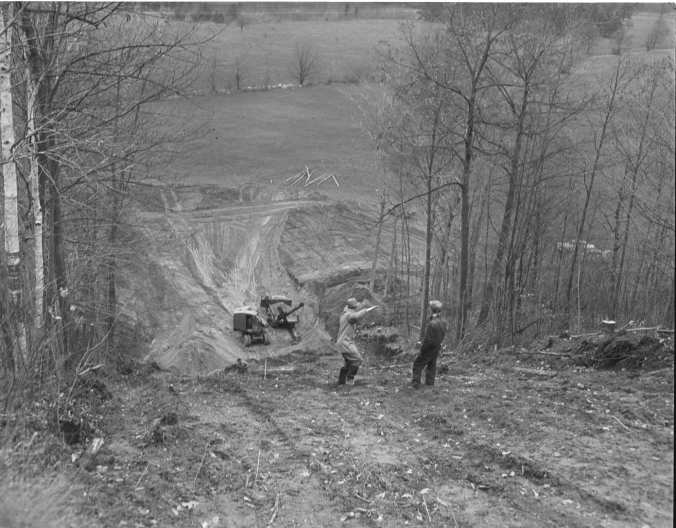 Jim Stanley pilots a bulldozer down a 60 degree slope at the new Midland ski jump, watching is William Smith one of four owners of the property where the new jump is being constructed. Mr. Smith helped with the construction of the first jump in 1935. In the upper photo a 20 foot deep excavation will provide additional length to the run. The contractor is Thos. G. Wilcox and Sons.

Funeral at St. Paul’s United Church, Dr. Garnet E. Tanner well respected local physician and supporter of the town of Midland since his arrival in 1916. Dr. Tanner was a board member on the PUC, St. Paul’s United Church and St. Andrew’s Hospital, a charter president of Midland Kiwanis, local MPP and member of the Masonic Lodge. Fellow Masons provide an honour guard outside the church. The service was conducted by Rev. Auld and internment was at Lakeview Cemetery.

Mrs. Helgard Brendel on the right instructs Barbara Allsopp on the parallel bars at the Midland YMCA. Watching are Connie Ambeau, Anne Quilty, Evelyn Geier and Mrs. Otto Geier. Mrs. Brendal who instructs the business ladies gym class was a top gymnast in her native Berlin. 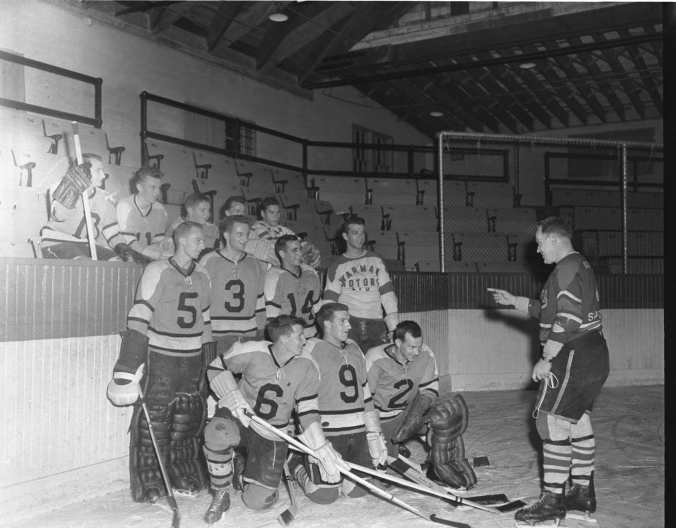 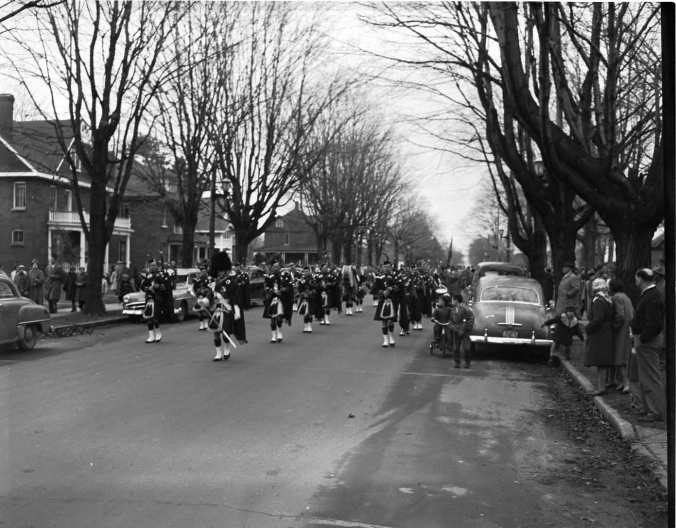 An act that is timeless, paying our respects to those that have served and still serve, Remembrance Day, 1955. The Bracebridge Legion Pipes & Drum band is processing back down King Street from the cenotaph. Two ladies from the Legion auxiliary stand before the cenotaph after placing a wreath.