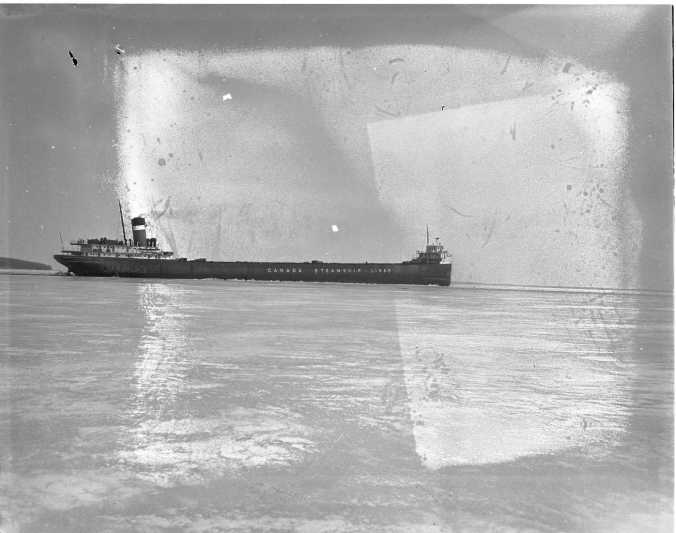 With several of her sister ships, CSL’s Stadacona ploughed her way through thick ice fields Thursday and headed for the lakehead. The Georgian Bay cleared Port McNicoll harbour at 5:00 PM Wednesday. One ship is already reported Midland bound with grain for the empty elevators. 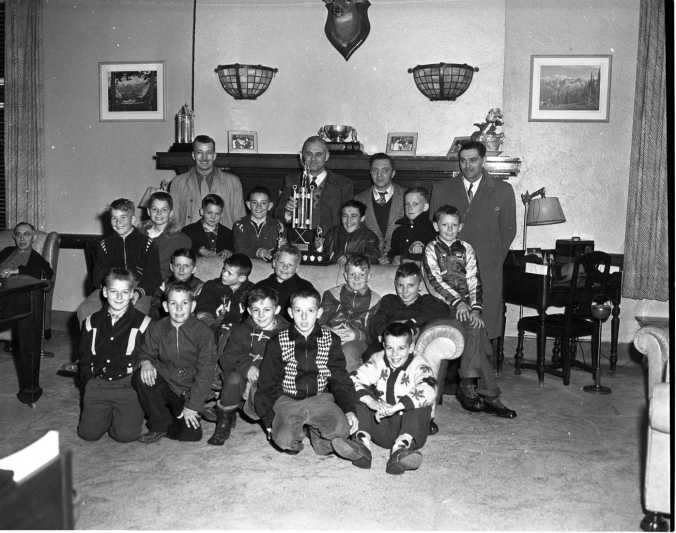 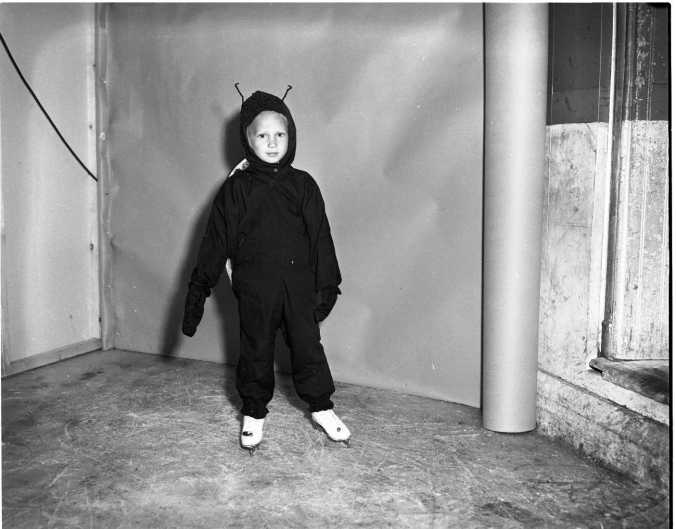 Joanne Cruise, dressed up as a lady bug for the Midland Figure Skating Club’s annual carnival sponsored by the Midland Lions Club. 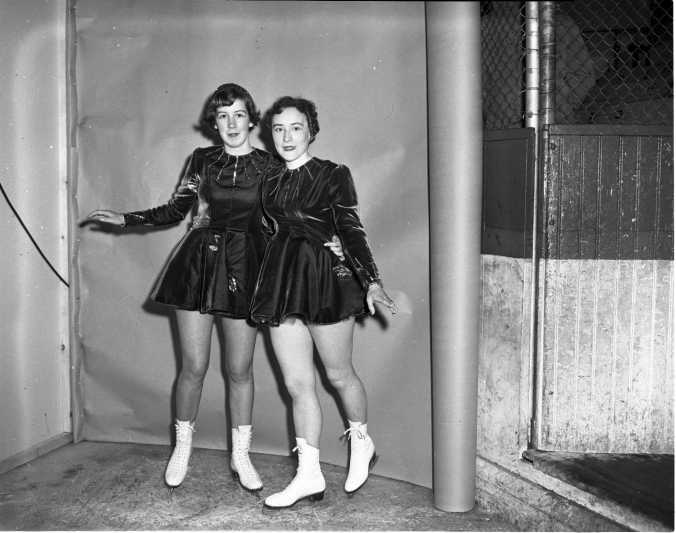 Two senior members of the Midland Figure Skating Club drew rounds of applause for their performance in the “Ice Follies of 1956” sponsored by the Midland Lions Club. Mary Ann Nicholson and Donna Kinnear. 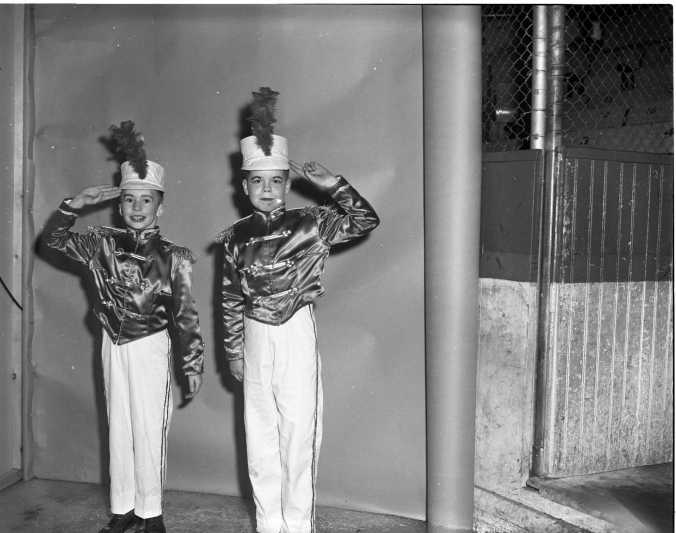 “Midland Ice Follies of 1956” tin soldiers give a snappy salute, Kennedy Self and David Walker. 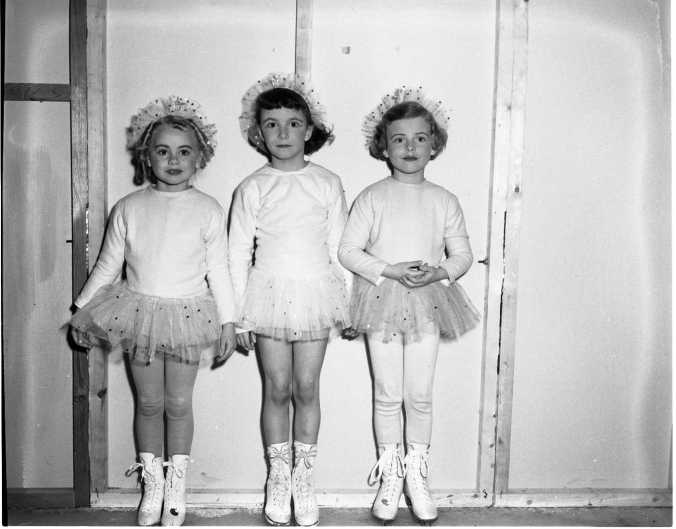 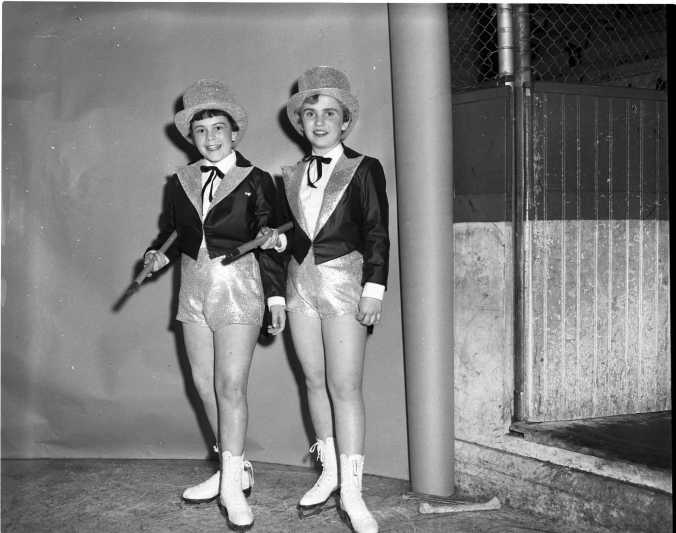 “Men About Town” seen at the Midland Figure Skating Club’s “Ice Follies for 1956” Friday and Saturday night are Linda Stewart and Judy Hack. 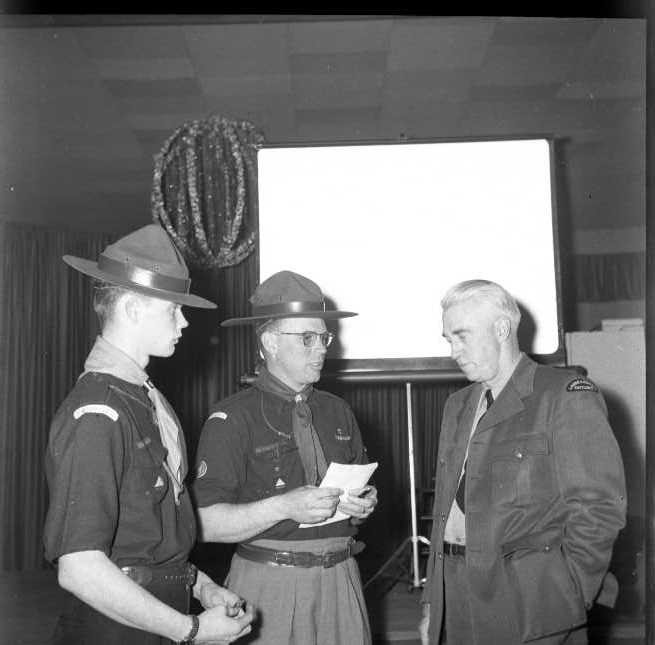 Scout leaders John Reynolds and Jack O’Hara of Penetang chat with conservation expert Stan Hudson of the Ontario Department of Lands and Forests after a conservation rally at the Parkside Inn last week. Mr. Hudson was the chief speaker. 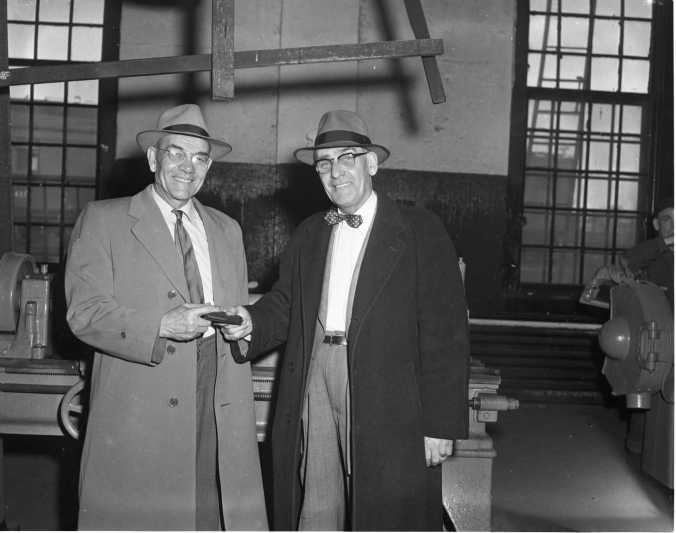 Theophile Fortier (left)  had been working on the CPR railway for 44 years when this photo was taken inside the locomotive shop in Port McNicoll Friday afternoon. He is receiving a wallet, with cash, from Jack R. Lloyd division master mechanic on the occasion of his retirement. Mr. Fortier was raised on a farm on Conc. 19, Tiny Twp. and has worked for the railway since March 17, 1916. 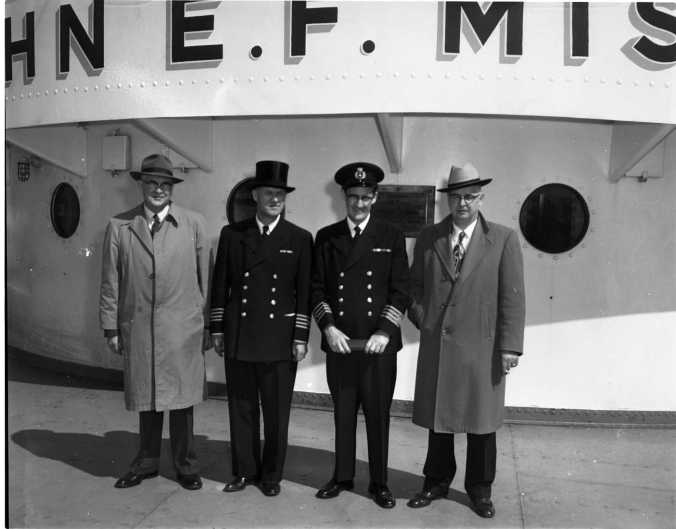 After 25 years as a Great Lakes captain Charles H. Cole had never earned a “topper” for opening the season in any port until this year. First into Sault Ste. Marie, Port Arthur and now Port McNicoll. The master of the John E. F. Misener of the Colonial Steamship Ltd. shakes hands with Reeve Albert Calvert, while Chief Engineer J. H. McCleverty of Wales Ont. and councillor Jack Fisher look on. The Misener delivered 600,000 bushels of wheat to the almost empty elevator. 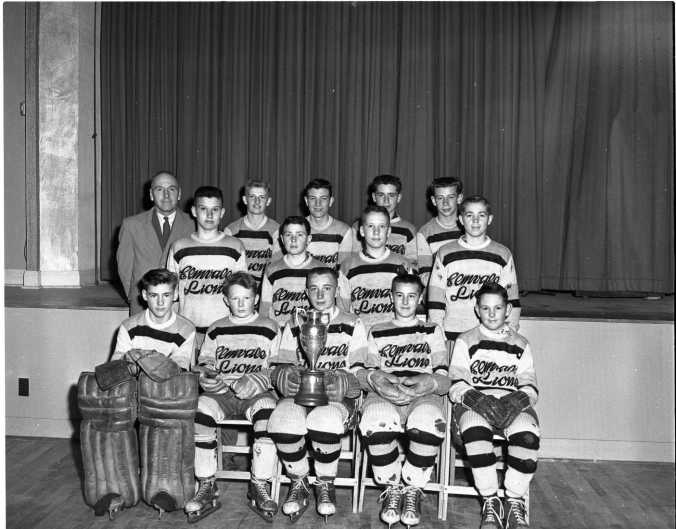 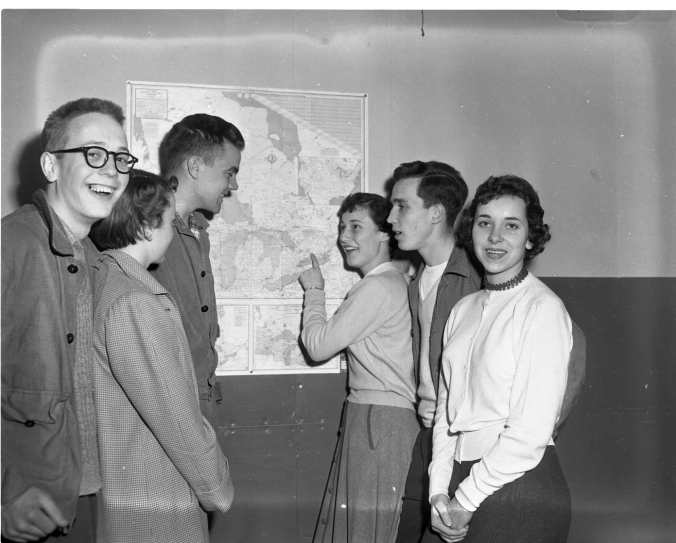 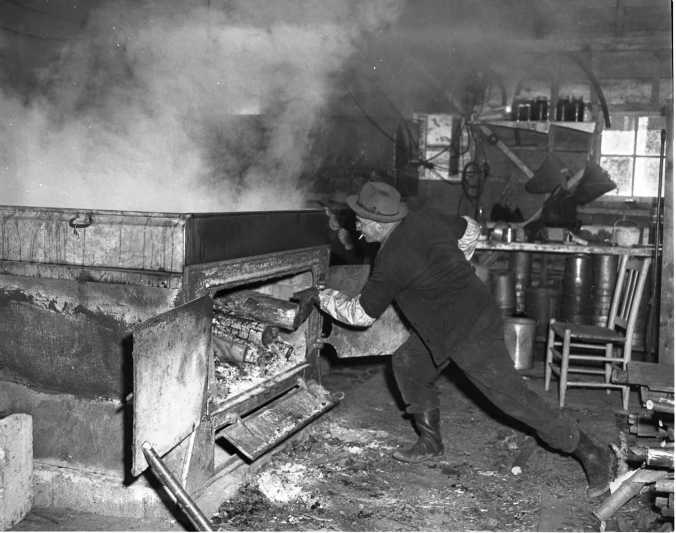 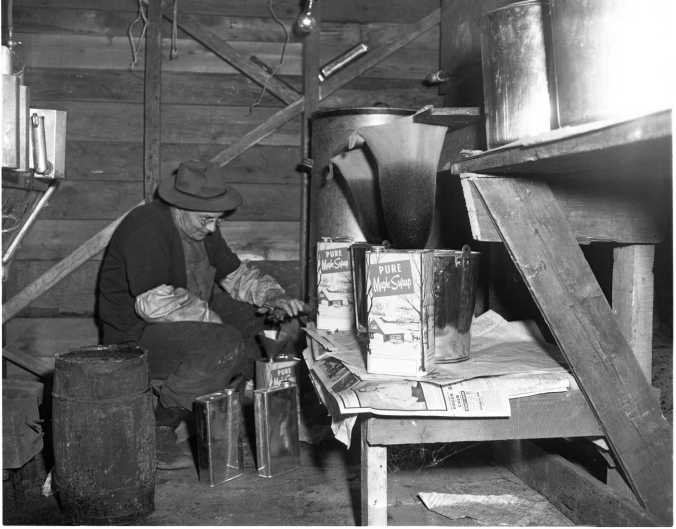 George Ingram stokes his evaporator and fills his maple syrup tins in his sugar shack at the end of Hugel Avenue as he has for thirty years. His sugar bush is soon to become the site of MPDHS.