Grocery Chain Offers $45,000 for Town Hall Property
Loblaw’s Groceterias Limited was given a two month option on the current King Street Fire Hall and Council Chambers by Midland Council, the deal is conditional on the towns ability to obtain the Central School property on Dominion Avenue. Deposit $150.00

Central School Burns
Midland ‘s oldest school was completely destroyed in an early morning fire. Built in 1880 and enlarged in 1900 Central was recently condemned then repaired and reopened in September of 1953. Local taxi driver Bill Therrien reported the fire at 1.45 AM and the glow from the fire could be seen in Elmvale. Arrangements have been made to move the students to other schools and the new Midland Armory. 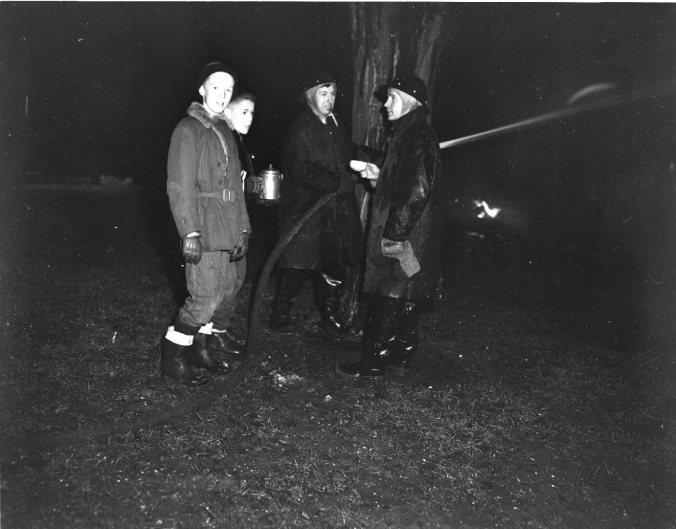 New School in Coldwater?
School Board and Coldwater Council cannot see eye to eye on the expenditure for a new school. Board has secured the services of an architect and chosen a site.

Midland Monarchs Intermediate “A”
First line is ready for their season opener against the Parry Sound Shamrocks in Parry Sound Nov 24th. LtoR, Babe Deschamp, Roy “Mut” Collings and Chuck Edwards. Deschamp & Collings are veterans of the team, Edwards is a former Collingwood lad who played his hockey in Woodstock last year.

Local advertisers this week – How Many Remain?

Free Press Herald and County Herald have paid subscriptions in 3,800 out of the 4,400 North Simcoe homes.

Midtown Motel a revelation in rebuilding. Karl & Keith Bertrand are inviting all to the opening of their renovated motel this Friday. Starting with a garage building they have transformed it into a modern motel and restaurant complex. Local trades and suppliers were used wherever possible. The appearance of the 50 by 150 foot structure has been so altered that many thought the old building must have been demolished. 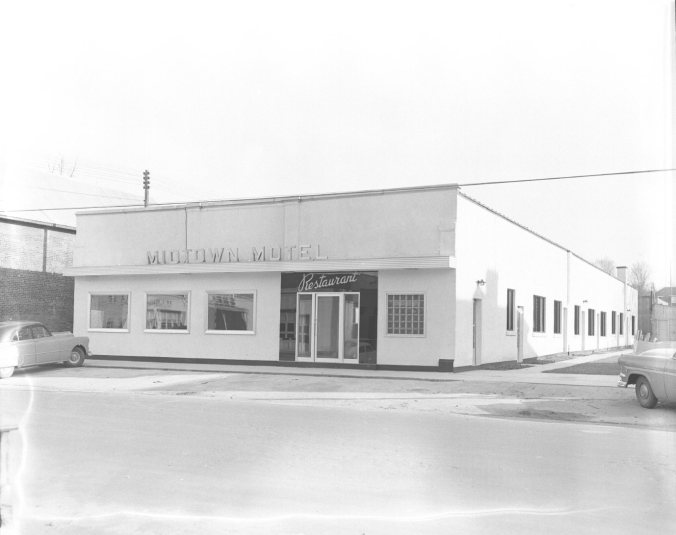