“No Mayoralty Contest in Towns” Mayor Charles N. Parker of Midland and Mayor George Kerr of Penetang are both acclaimed. 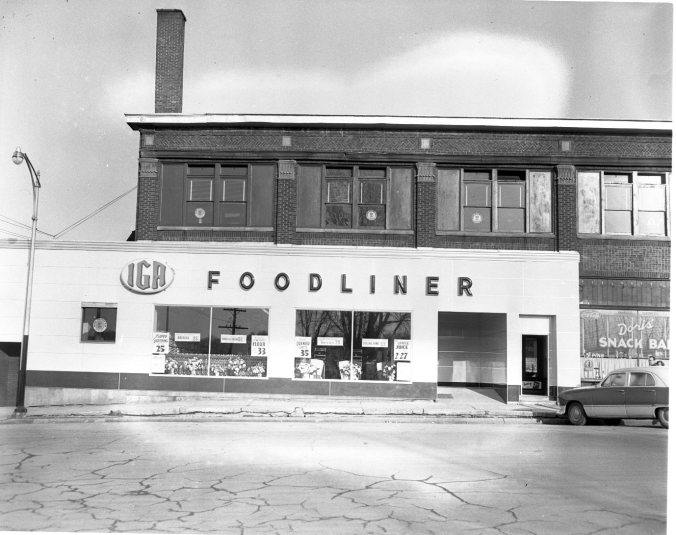 The IGA Foodliner in the Preston Block attracted hundreds of shoppers for its opening specials and prizes.

Official opening of the new addition to Regent Public School. Jamie Lounsbery shows his mom and dad, (Mr. & Mrs. Ted Lounsbery) what he has been doing in his work book. Looking on is his teacher Mrs. Ken Trew.
( Blanche Trew was the principal of the Huron Park School on Robert Street when it opened.)

Grew Boats is advertising their new “InterLock” prefabricated shelving system. Fabricated of finest Canadian hardwood they offer, Adaptable to any storage problem, Easy to rearrange, self supporting, built for use anywhere.

Ads in the local paper from out of the area;

Toronto Telegram – Marmaduke Howls Every Day in the Telegram 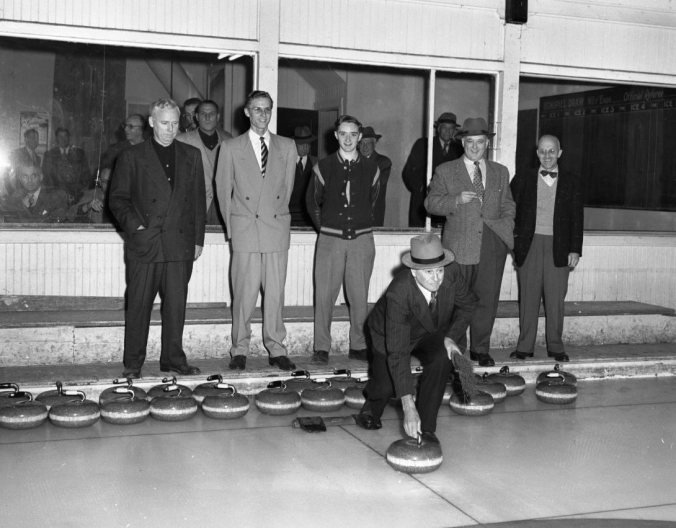