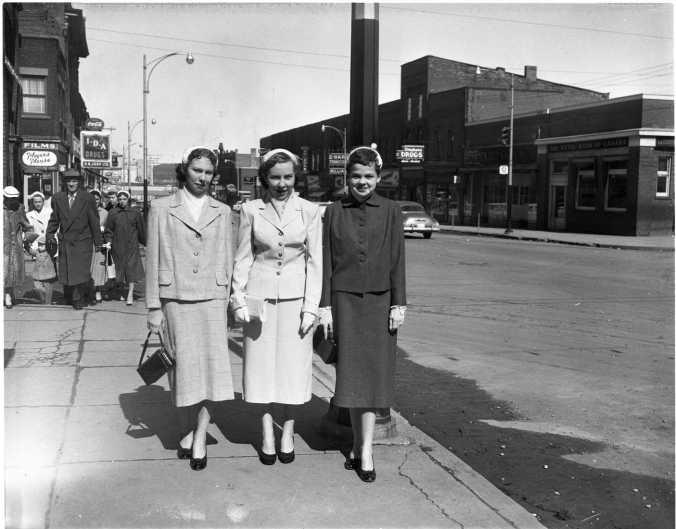 Easter Sunday proved a perfect day to parade your Easter finery, these girls were on their way to church. Margaret Cadeau, Anne Doran and Colleen Pearson. 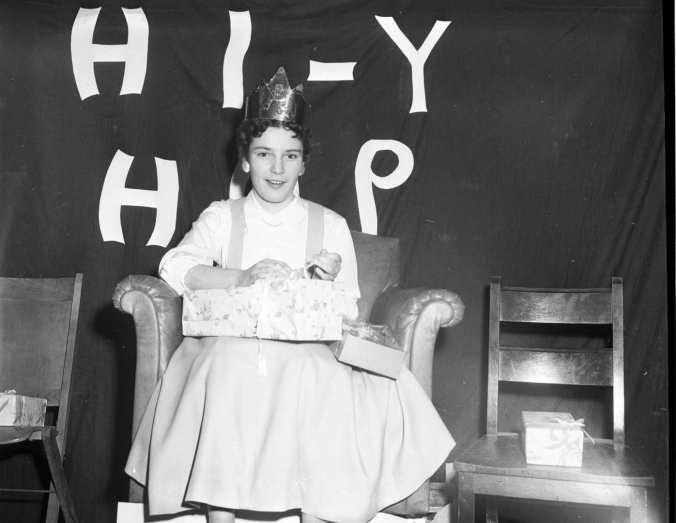 Mary McFarland was crowned queen of the Adelphi Hi-Y dance at the Midland YMCA Thursday night, she is seen with some of the many prizes she  won, which were later stolen from her parent’s car on the main street. 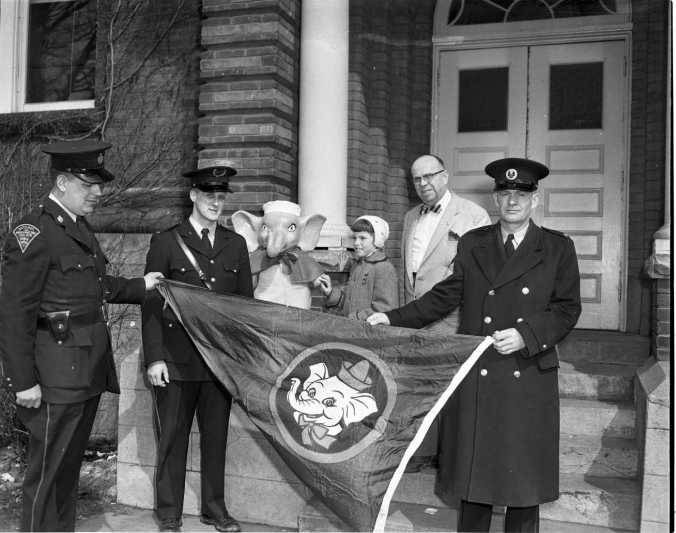 Prior to Easter, public and separate school children in the area were introduced to Elmer the safety elephant under a program set up by the Midland & District Safety Council and sponsored by the Simcoe County Police Association. Children were given talks by local policemen and shown films on the latest safety measures. In front of Regent Public School student Barbara Kirkpatrick admires Elmer’s cape. Provincial constable Tom Heels, Midland Constable Ray Atkinson, chairman of the council, and Sgt. John Clarke of the CPR Police, Port McNicoll,  with Regent principal Morgan (Orson) Lewis. 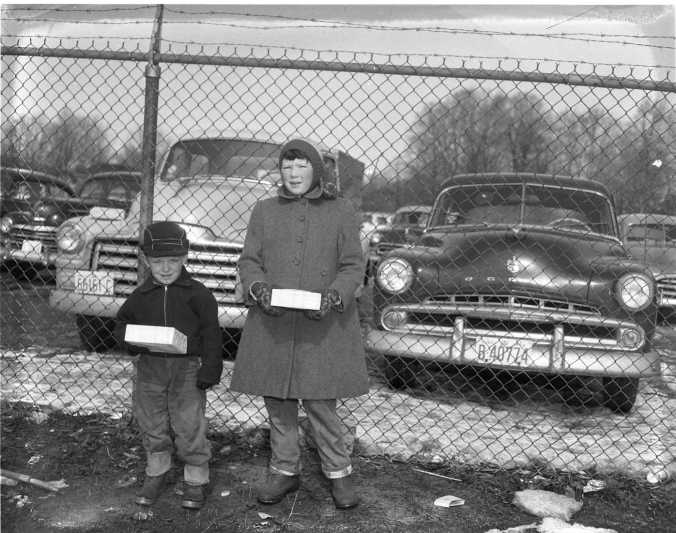 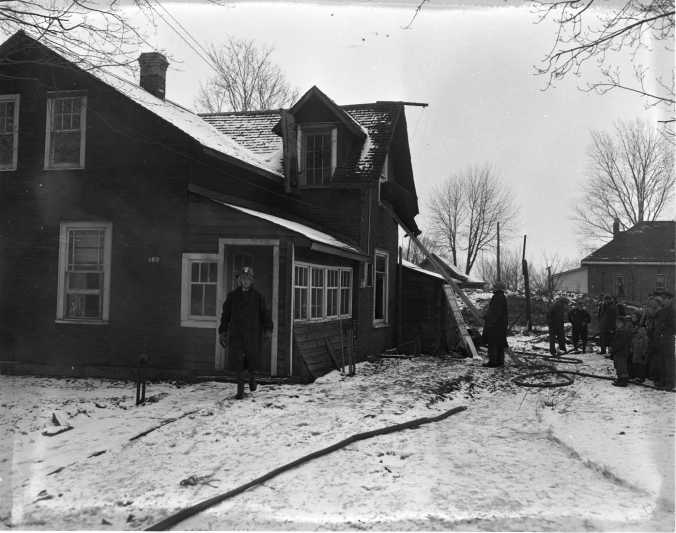 Midland firemen prepare to enter a second story window at the home of Mrs. Ed Puddicombe, 189 George Street, which caught fire Thursday morning. The eighty year old widow who lived alone was able to get out when an overheated chimney caught fire. Mrs. Puddicombe had returned the night before from Toronto where she had appeared on television with her twin sister Mrs. George Puddicombe. 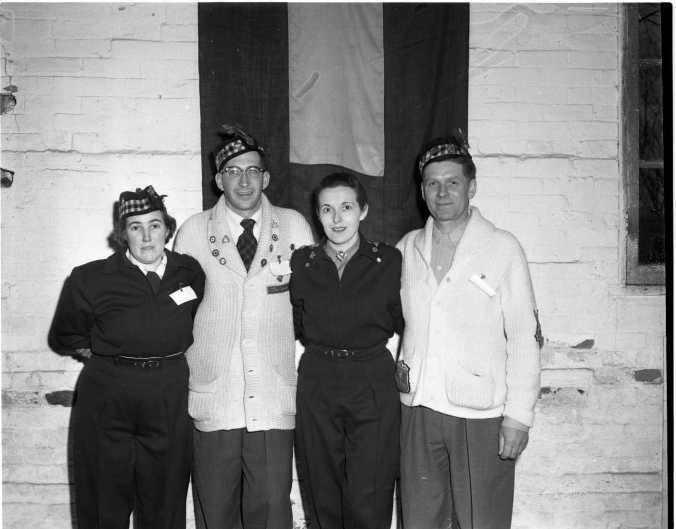 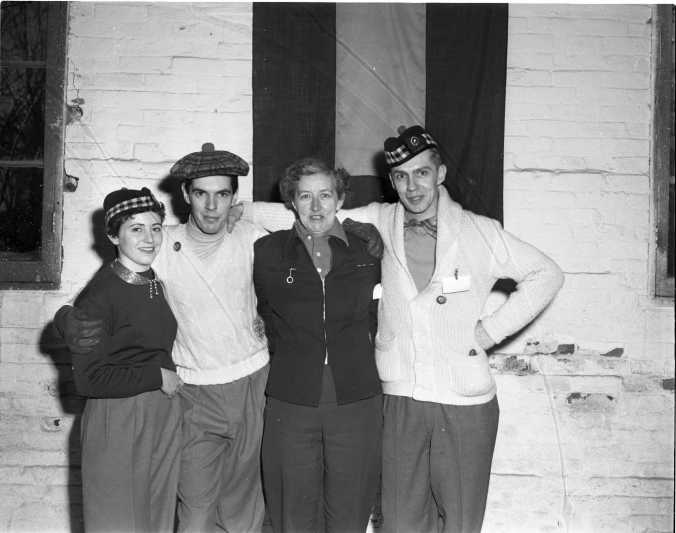 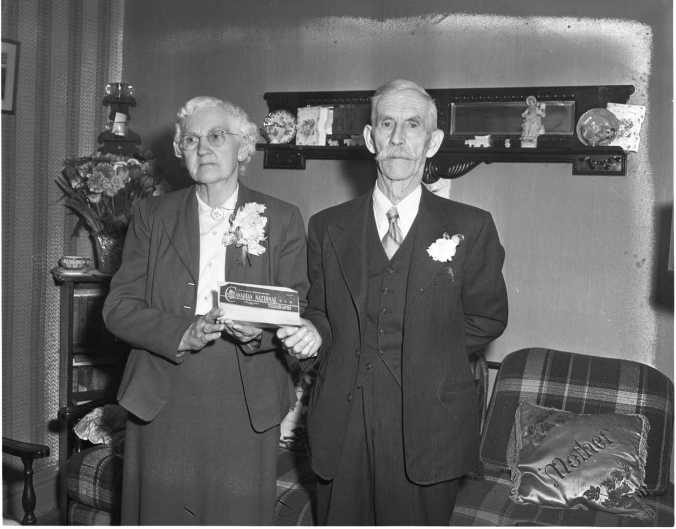 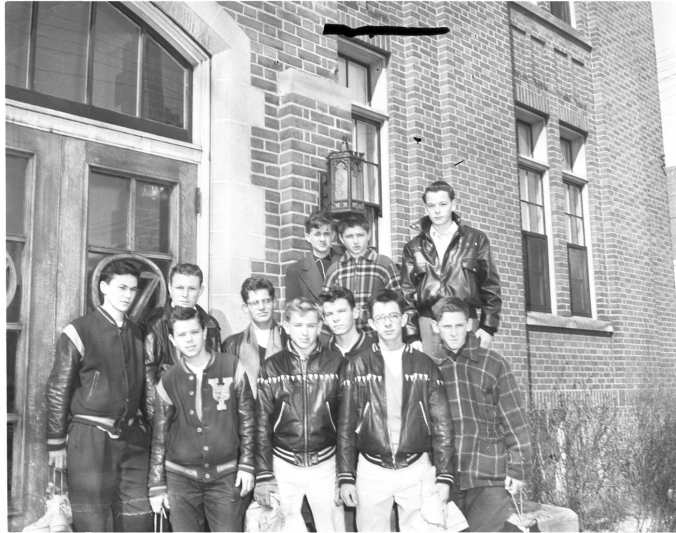 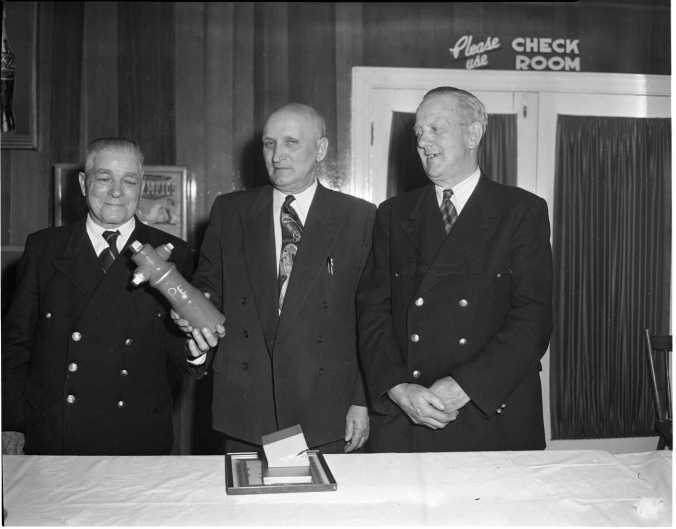 Peter Grigg, fire chief in the Town of Midland for 28 years is presented with a miniature fire hydrant as a gift from the citizens of Midland on his retirement also an award of merit from the mayor. In the photo; fellow fire fighter Hank Wood, Mr. Grigg and Phil Blake. 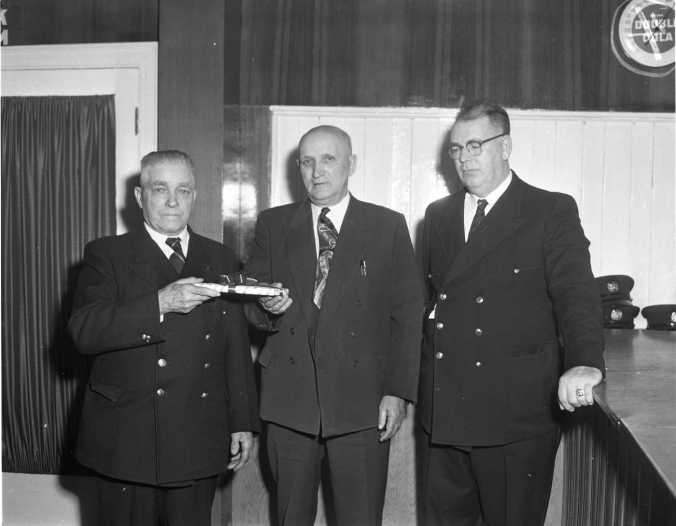 Peter Grigg center, fire chief in the Town of Midland for 28 years is presented with a wallet with a fat bank note by fellow fire fighter Hank Wood at a banquet held at the Parkside Inn to celebrate his retirement.  Jack Argue on the right. 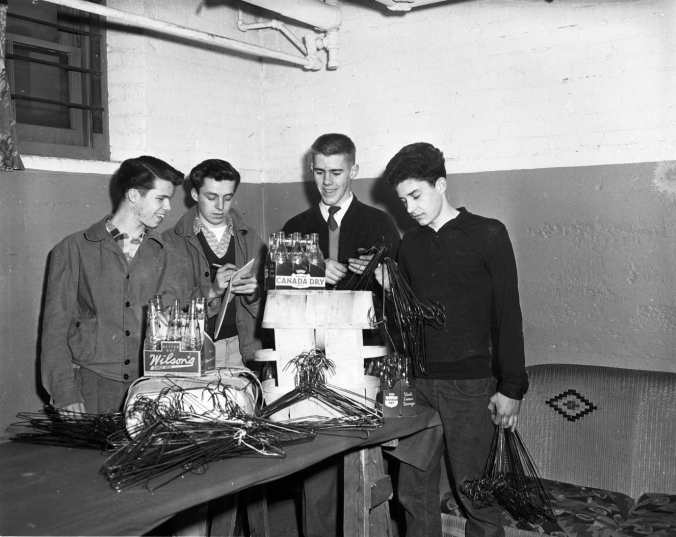 Members of the Adelphi Hi-Y Club are seen in their club room at the YMCA sorting a collection of pop bottles, coat hangers and six quart baskets, a fundraiser to send children to summer camp. Bob Megaw, Bob Bell, Roger Gray and Joe Denis. 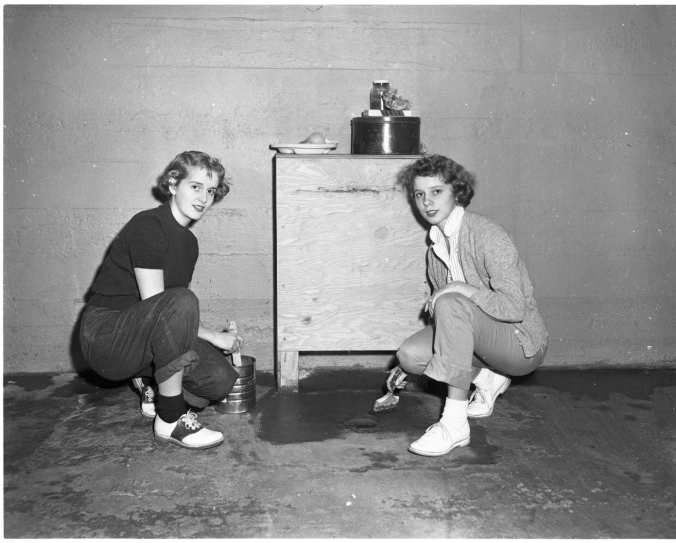 It’s spring clean up time, Wendy Howard and Marlene Fraser, members of the Amicae Hi-Y Club do their part by painting the cement floor in their club room at the YMCA. 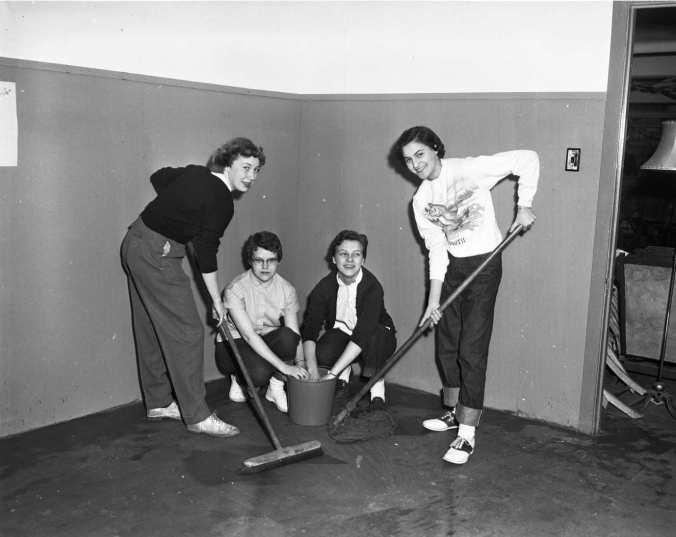 Members of the Amicae Hi-Y club are working to clean up their club room at the YMCA. Faye Swann, Shirley Doucette, Ann Merkley and Jacqueline Robillard.