Before 1904, the eastern boundary of Midland was Thomas Street (now Russell Street). The early lumbering community of Dollartown was located directly east of the town’s eastern limit. In the heyday of the lumber industry in and around  Midland, Dollartown was a hive of industry. 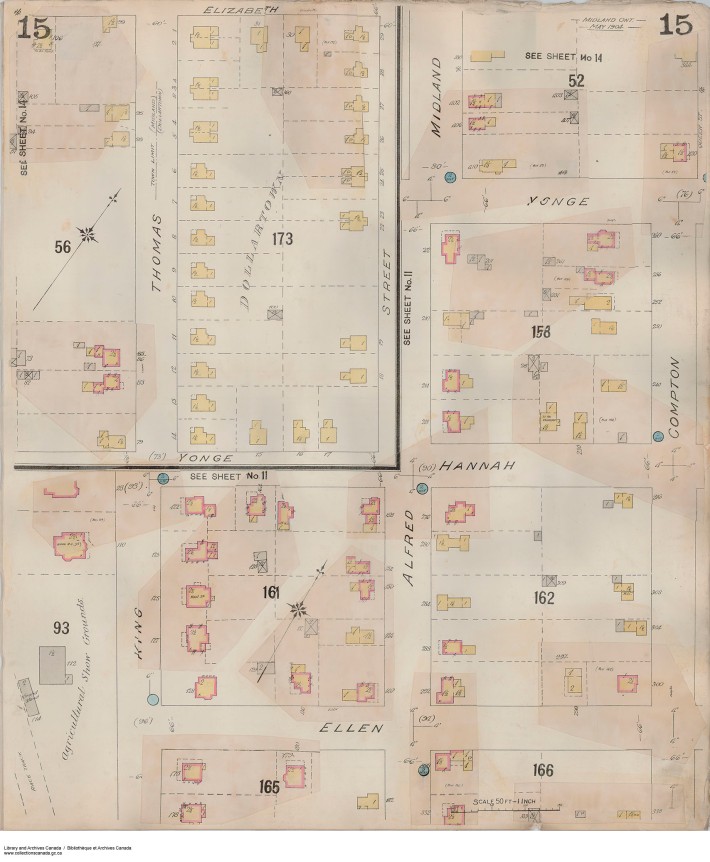 Shortly after 1857, John Dollar emigrated to Canada with his parents, brothers and sister from Falkirk, Scotland and arrived in Midland in 1879. He built and operated the mill known as the Ontario Lumber Company, located in the north-east section of present-day Midland, John Dollar was a moving industrial spirit in Midland. The other brothers, particularly Robert, had enterprises elsewhere, notably the Dollar Line of steamships. John Dollar left Midland in 1890.

Source: information from ‘Midland and Her Pioneers’ by  George Osborne

On the 1904 Insurance map, find section 173. The boundary line between Midland and Dollartown was Thomas Street (now Russell Street).