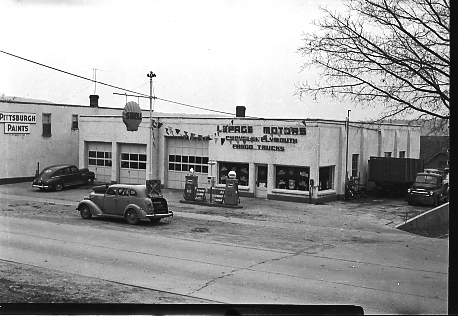 Last week I forgot to include this photo with the announcement that Roger Brisbois and Len Carter had purchased the former Pete LePage Motors on Robert Street and re-named it “Huronia Motors”. 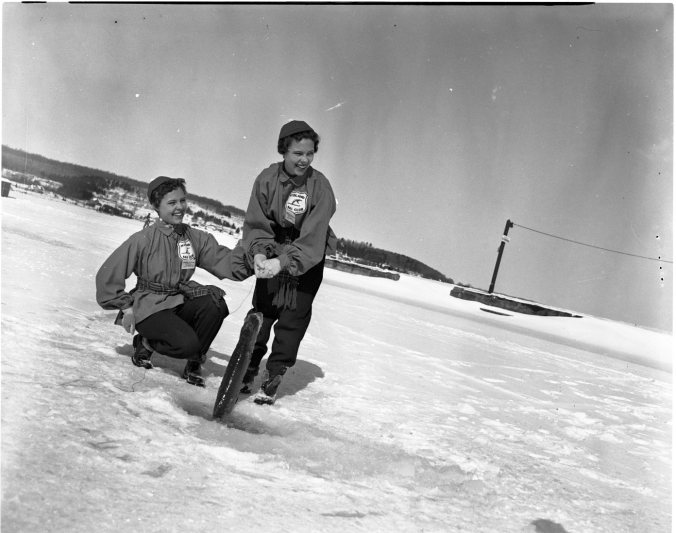 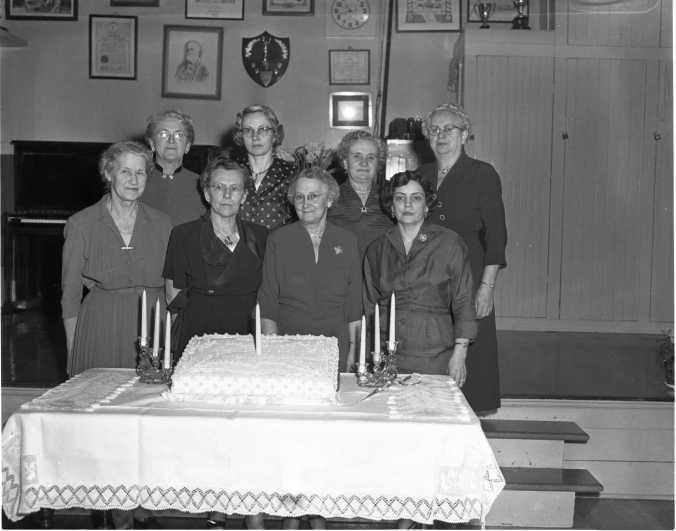 Fire started in the attic of this home on the corner of Mildred and Yonge Streets late Wednesday night. Owned by Herbert Ellery and occupied by his son Wallace, Mrs. Ellery received third degree burns while rescuing her two children aged 4 and 9. The fire broke out in the attic while Mrs. Ellery was in the kitchen and the children in their rooms upstairs.  Fire officials believe Mrs. Ellery was alerted by the sound of falling plastic upstairs. 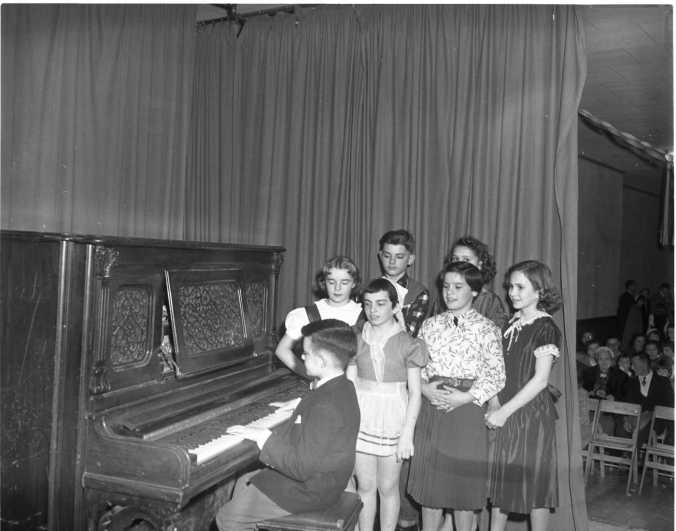 A small part of the large crowd, either fishing or watching the fishermen,  at Saturday afternoon’s Winter Carnival in Penetang. More than 5,000 persons “bobbed” for two hours each with their eye on the boat and motor prize. The event was so popular that some were turned away when all the available fishing lines were sold.

How did they make all those ice fishing holes. The ice auger, flown into Malton Airport from Minnesota and rushed up to Penetang is given a test run. The Penetang crew later added an extension so that downward pressure could be applied to speed up the operation.

The nine inch ice fishing holes were being drilled through two feet of ice at the rate of one every 45 seconds, spaced one every five feet. The area has been laid out in the form of a wheel with the holes along the “spokes”  and the judges in the middle. This photo shows the effect from the air. 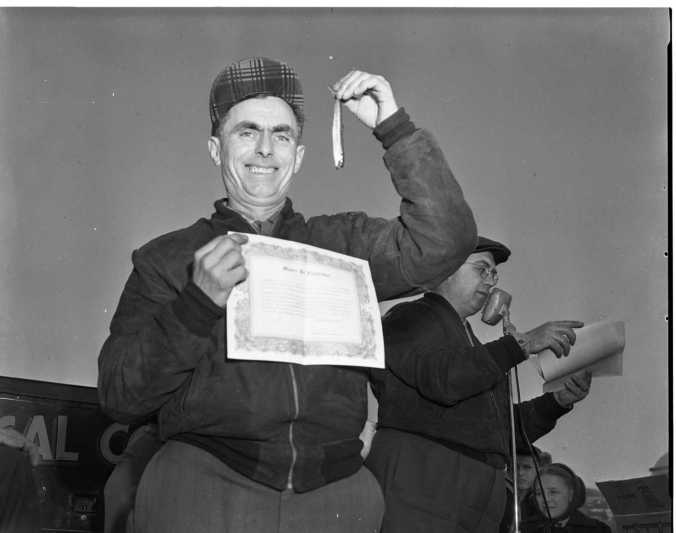 The result of all the planning and drilling and rigging of 500 fishing lines was the catching of the most valuable fish ever pulled out of Penetang Bay. This six inch smelt won the beaming John Boucher a new boat and motor worth $555.00. Some mathematicians have calculated the smelt was worth $2,500.00 per pound. King Whyte, well known outdoor editor and judge of the contest commented “Never was so much won by so little.” 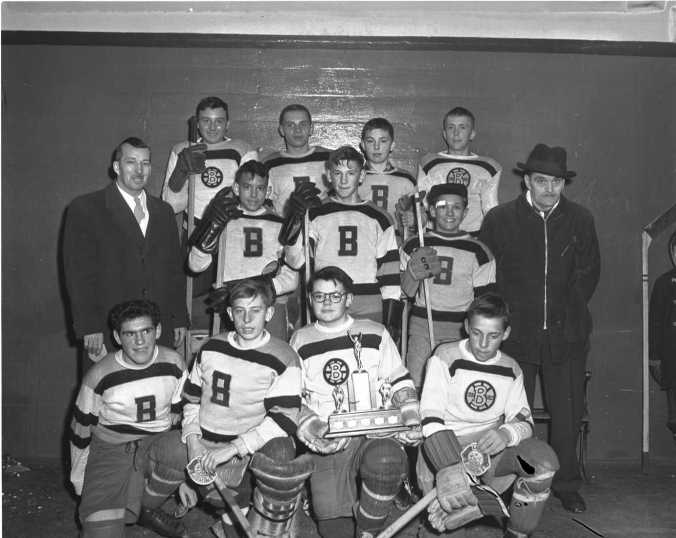 Sadly Art Richards died on the February 21st this year at the age of 80, his wife Mary Lou Merifield died on March the 6th.

Winners of the annual Owen Sound Ladies Curling Club Spiel were the Midland rink of Mrs. Ken Ellis, Mrs. Charles Walton (June), Mrs. Jim Thomas (the Skip holding the Hindman & Evans Trophy) and Mrs. Jim Tully. A Midland rink skipped by Mrs. Dalton Hudson won the trophy in 1952, the first year it was up for competition.

The best spellers in Midland and district are shown at Regent Public School on the night of February 29th, just before they competed in an old fashioned spelling bee. They are the winner, Sandra Lattimore, and Patricia Puddicombe, Lois Puddicombe, Elizabeth Holt, Carol Armstrong and David White.

Among the “Old Monarchs” honoured by the Midland Lions Club at a party last Thursday at the Parkside Inn, all with 15 years or more of service, are Howard Smyth, Hugh Riesberry, Lorne Watson, Walter Woods and Gordon Paice. International director William Garner of Barrie was on hand to present long service pins to ten members of the Midland club.