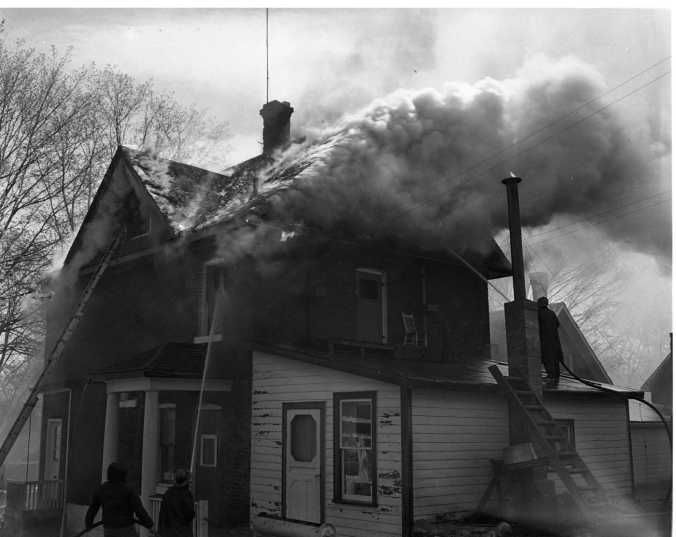 An overheated unlined chimney is considered the cause of this Saturday morning fire that destroyed the top two stories of the home of CNR railwayman J. F. Langevin at 154 (now 166) Fifth Street.  Fifteen firemen battled this blaze for three hours but only the furniture on the first floor was saved, there were no injuries and the loss is estimated at $7,000.00. The family has been taken in by son in law Pat Moreau on Sixth Street.

Large crowds toured the new Bell Telephone building on Hugel Ave. last week during a three-day open house. Young Donald Atkinson is seen getting some pointers on cable construction from Tom Brodeur. Donald is the son of Mrs. Atkinson, in the photo, and Ross Atkinson who live just across the corner from the new building.

“My feet are killing me” was the general complaint of these young ladies after they escorted hundreds of visitors on tours of the new Bell Telephone building on Hugel Ave. during the three-day open house last week. Midland manager H. A. Kilroy, seen tallying up the total which came to over 600, was glad to sit down when it was all over. Receptionists are Mrs. Marie Miller, Miss Verna Lambie, Mrs. M. Kennedy, Miss Donna Brandon, Mrs. A. Gauthier and Miss Yvonne Leblanc. 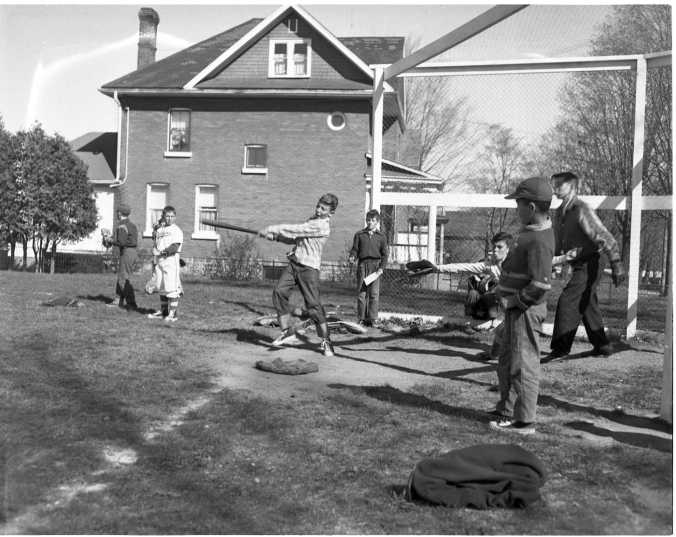 Wayne Holden gets a hit as Little League baseball got underway in Midland Saturday. This action took place on the three diamonds at Parkview School. Games were also being played at Regent School, Town and Little Lake Park. 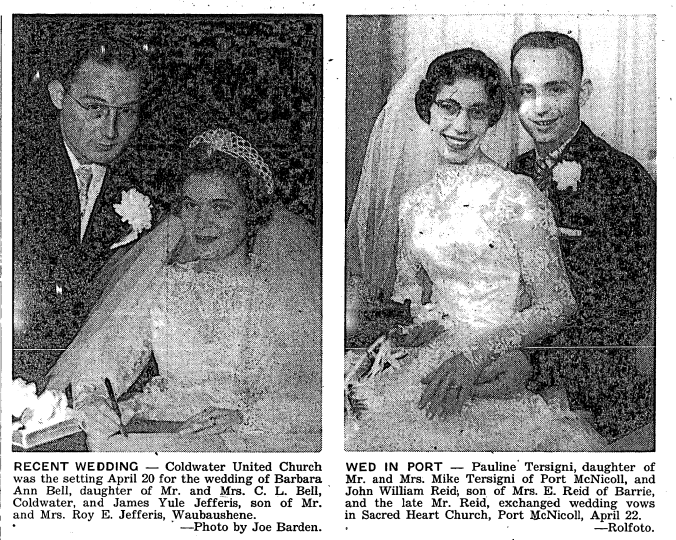 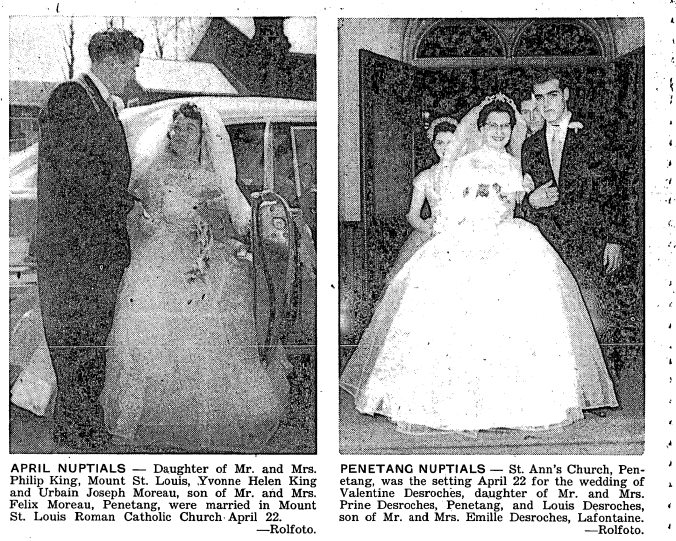 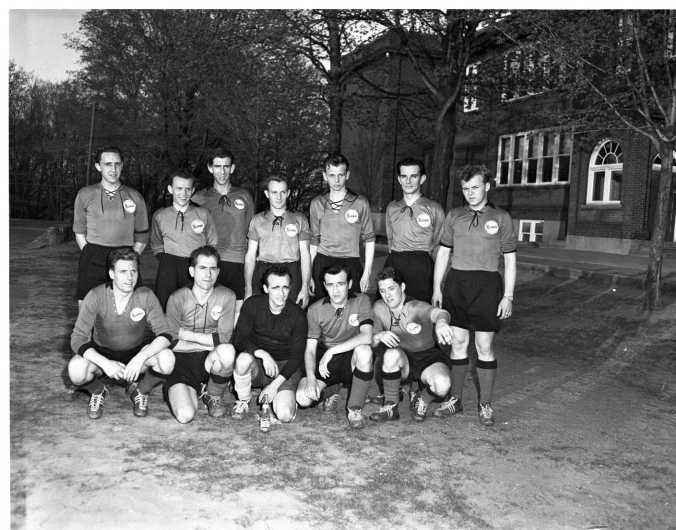 Midland Huronias Soccer team has won both of their games this year in the Barrie & District Soccer League. They are pictured here during the halftime of a game against the New Lowell Rangers which they won 5-0 Tuesday. Members of the team not in order are Ernst Schneider, Allan Sparks, Peter Van Velden, Wili Schwarz, Andy Clapperton, Karl Lehr, Horst Gatzek, Bill Rittershofer, Wolfgang Jaenisch, Harry Weber, Horts Sorensen and Gunder Raab-Faber.

Vast new addition to the Midland Industries plant on Elizabeth Street as viewed from Hugel Ave. Steel is up and the roof is going on this 42,000 square foot addition at a cost of $285,000.00.

Included in the contest was a written test of 50 questions, one-half of which required choosing one from several printed answers to each question, and the other half being a straight “true or false” proposition. Lloyd Bourgeois came out on top with 403 out of a possible 500 points. Terry Dumais was second with 392 and Ken Arbour placed third with 388. All are 18 years old.