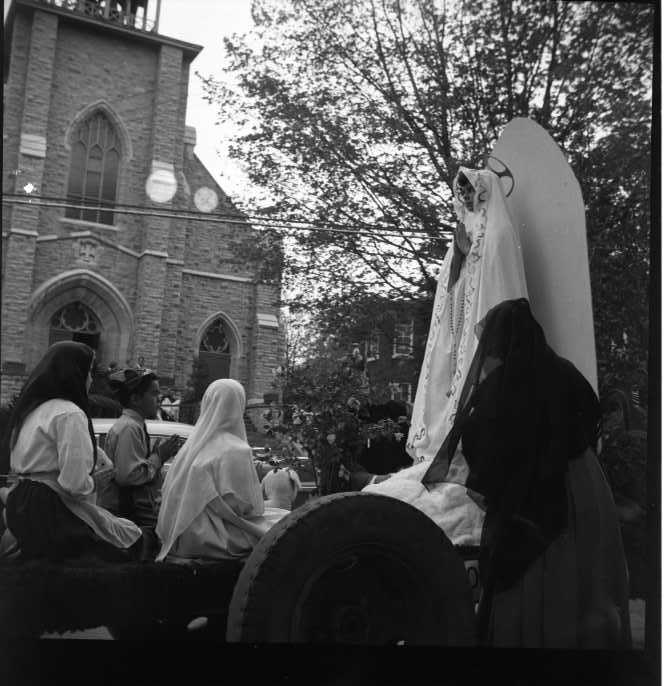 The vision of Fatima is represented by this float, one of several in the religious parade which preceded Sunday’s rosary rally in Midland’s Town Park. Sheila Butineau, Judy Lemieux and Roger King represent the three children who saw the vision of the Virgin Mary, portrayed here by Patsy Knicely.

Hard work has paid off of these girls over the years as each of them won county honour certificates for having completed six 4H homemaking club projects successfully. Miss Ruth Shaver, centre, county home economist for the Ontario Department of Agriculture, presents the awards to Rita Lalonde and Dot Caston, Wyevale; Diane French, Saurin; and Gail Langman, Allenwood. 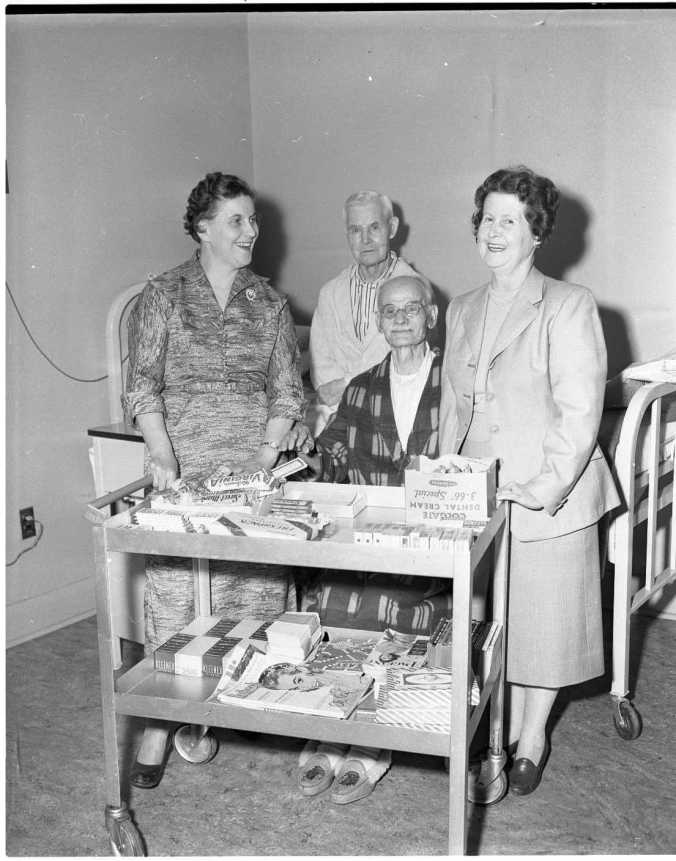 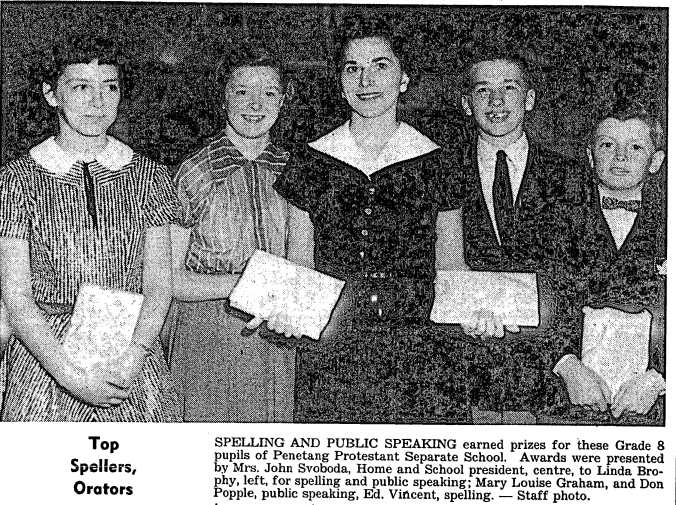 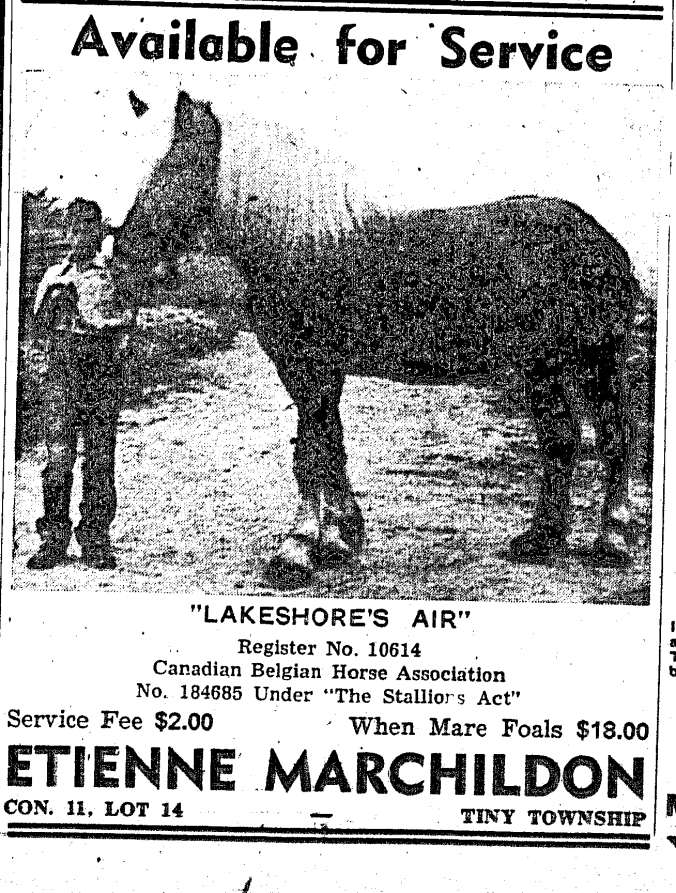