The first official duty of Lieutenant J. S. Sturgeon, right, newly appointed commanding officer of RCSCC “Huron” Midland, was a presentation of two awards won by the cadets shown. Somewhat belatedly, Leading Cadet Peter Lacroix, left, received his “Cadet of The Year” trophy for the 1955-56 season. Winner of the trophy for 1956-57 was PO2 Russell McKinnon, center.

Mrs. Irene Marchand of Penetang, retiring principal of District 20, Ontario English Catholic Teacher’s Association, receives a bouquet from Sister Frances Matthew of Midland. The presentation was made during the district convention at the Martyr’s Shrine Wednesday. 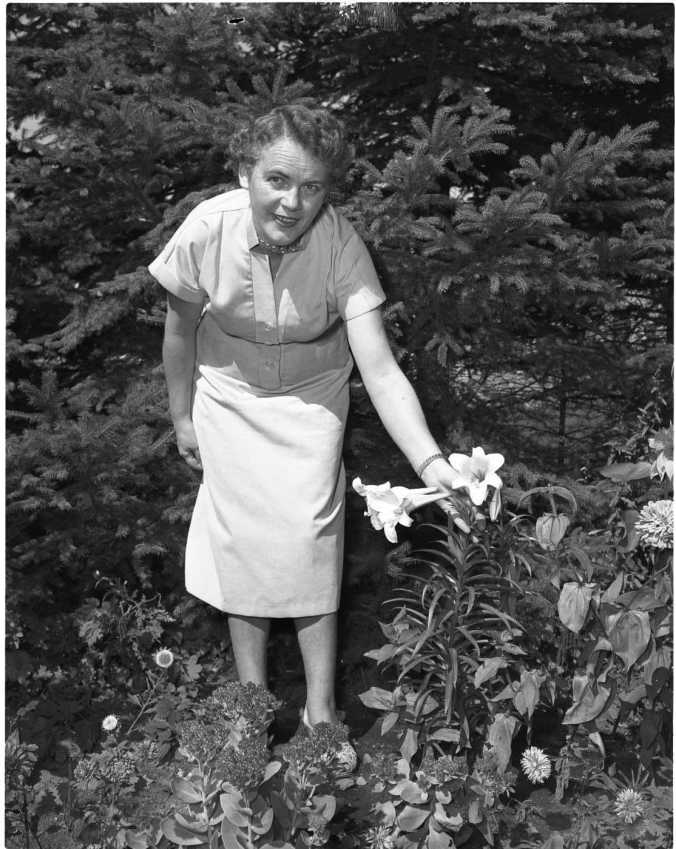 Easter Lilies are blooming this week and for the second time this year in the garden of Mrs. Adolf Dellori, 334 Russell Street. She covers the plants with paper each night to protect them from the cold autumn nights. 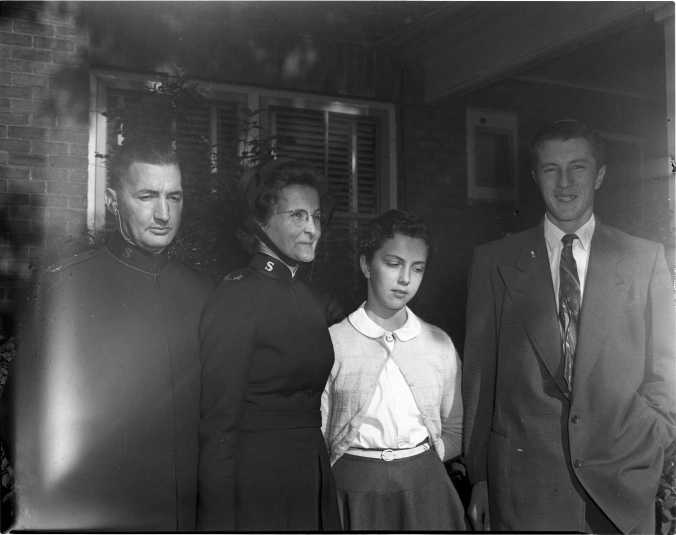 Canadian Name Plate employees represented by Frank Patton, on right, made a presentation to brothers Gordon, Jim and Jack Moss at the employee’s dinner held at the Parkside Inn, Saturday night, marking the firms 23rd anniversary.

Fire Prevention Week in Penetang was the reason for a two page spread in the local paper highlighting the history and achievements of the volunteer force. These pictures of the firefighters outlined the editorial section of the two pages. Each man in the force is presented by a local business. 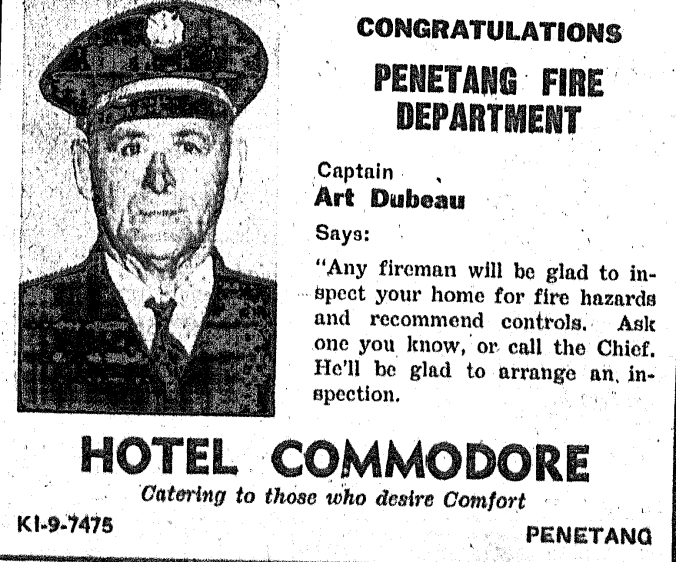 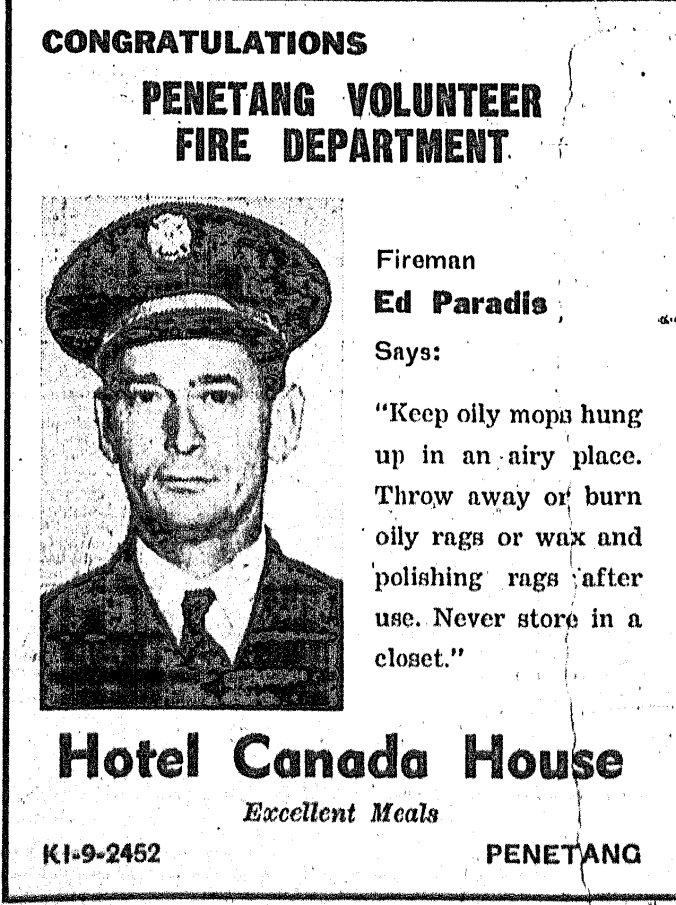 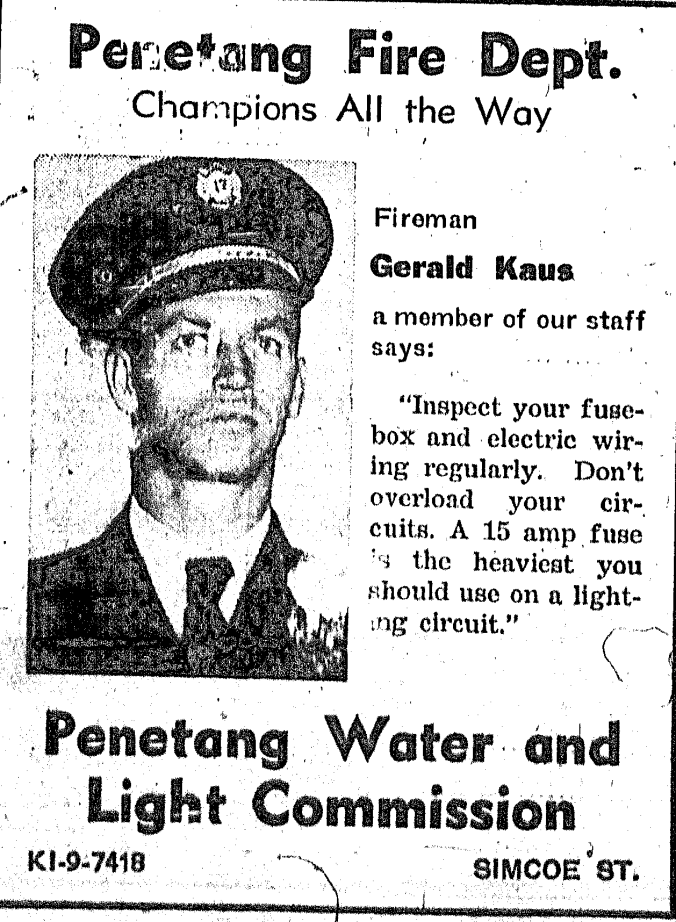 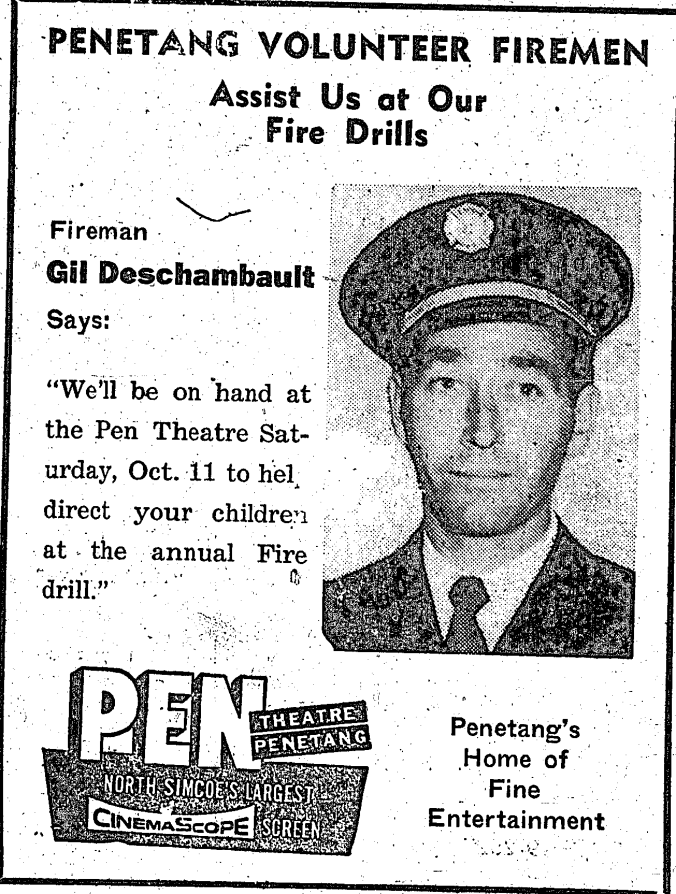 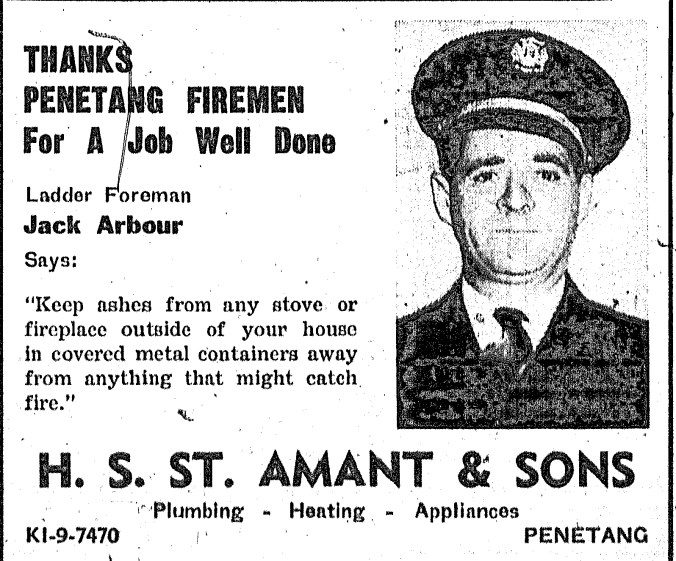 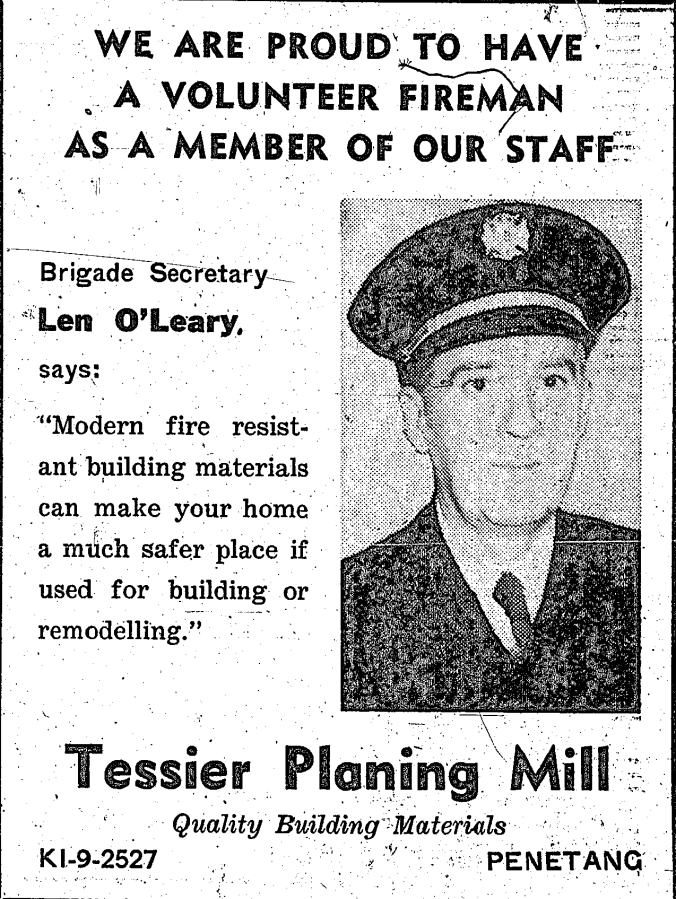