Note that nearly every negative this week shows severe damage due to their age and years of storage where temperature and humidity were not controlled. 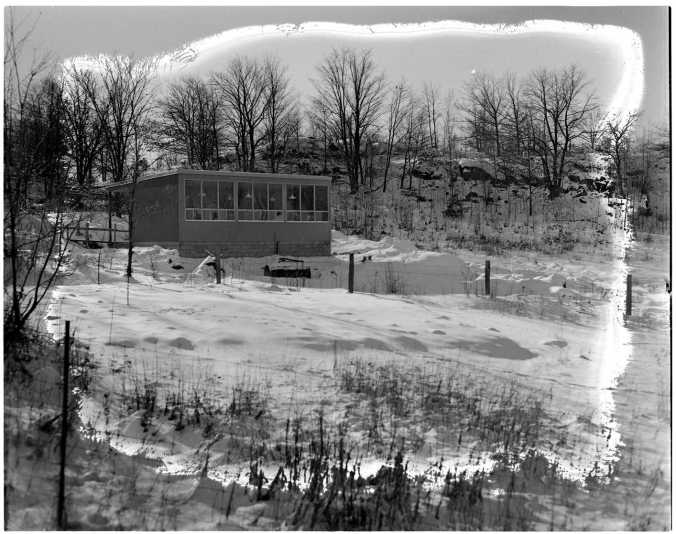 Erected at a cost of $17,500.00 by Rei Construction Co. of Midland, this new one-room school serves pupils in school section No. 3, Baxter Township. It is located on the Trans-Canada Highway about six miles north of Port Severn. (The building still exists as a private home on the old South Bay Road just off of White’s Falls Road.)

When the Free Press photographer was visiting the new Baxter school in the previous photos he turned his camera east for this view of Little Go Home Bay looking from the new #103 Trans Canada Highway across to King’s Farm Rd.

Another in the Safety Photo series.

Suzie Sutton and Freddie Hacker are handling the shovels at Little Lake Park, clearing a spot for skating. 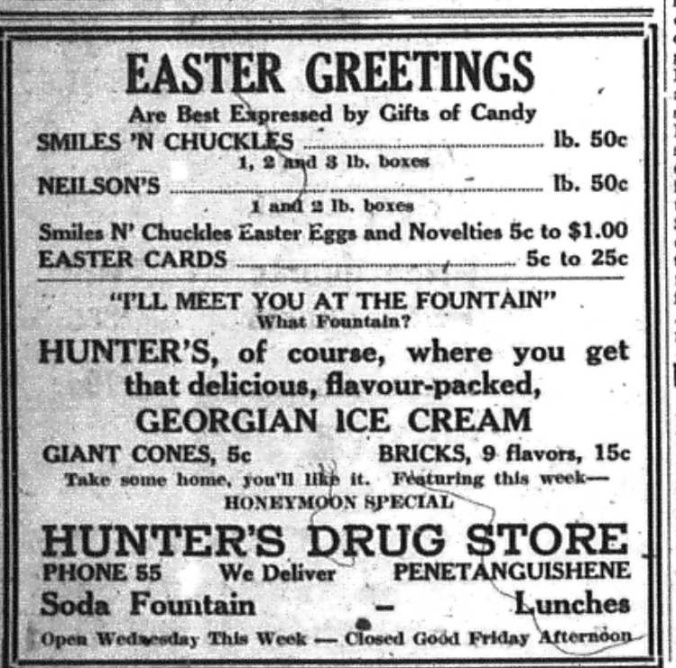 A look even further back to some interesting spring 1936 ads from Penetang.

Mrs. Flora Brown, nee McKinnon, who was 93 years old on January 2nd, has lived in Victoria Harbour for 66 years. Miss Brown was born in Manilla, Ont. January 2nd, 1885, two years before confederation. Her father, the late Angus MacKinnon, was a hotel keeper by vocation. This must have come in handy for he had to provide room and board for eleven children in addition to himself and Mrs. MacKinnon. At one time flora lived in Beaverton where her teacher was Alexander Muir, the composer of the “Maple Leaf For Ever”. [The newspaper always cropped these photos down, often just to head and shoulders, it is interesting to see the furnishings, wall and floor coverings of 60 years ago.] 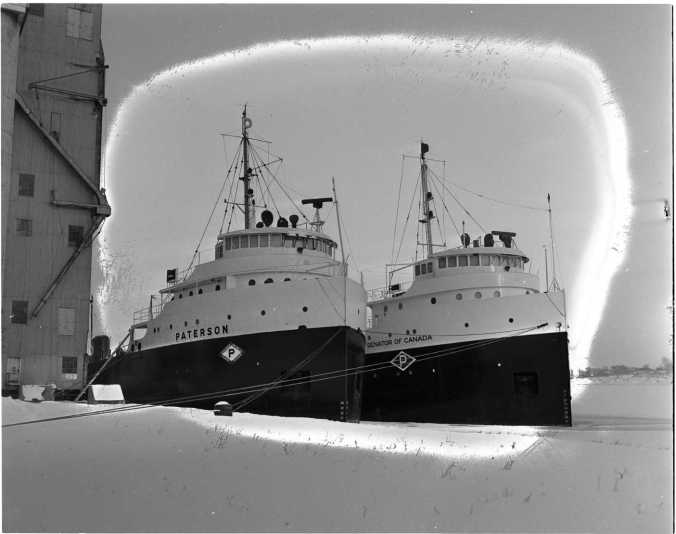 Two impressive additions to Midland’s winter fleet are the Paterson and the Senator of Canada, docked at the Midland Simcoe Elevator. The “Senator”, brand new this year, has a capacity of around 500,000 bushels. The “Paterson” launched in 1955 holds 425,000 bushels. Both are members of the Paterson Steamship Lines.  [Great Lakes bulk carriers, such as Algoma Marine’s MV John B. Aird, can now carry a million bushels of wheat.]

Nancy Murday, space traveling on her flying saucer in Little Lake Park recently. Space traveling Nancy Murday may not have contributed much to Western science but she did have a good time on her flying saucer in Midland’s Little Lake Park recently. It was the kind of cold, sunny day that paints red apples on young Canadian cheeks. 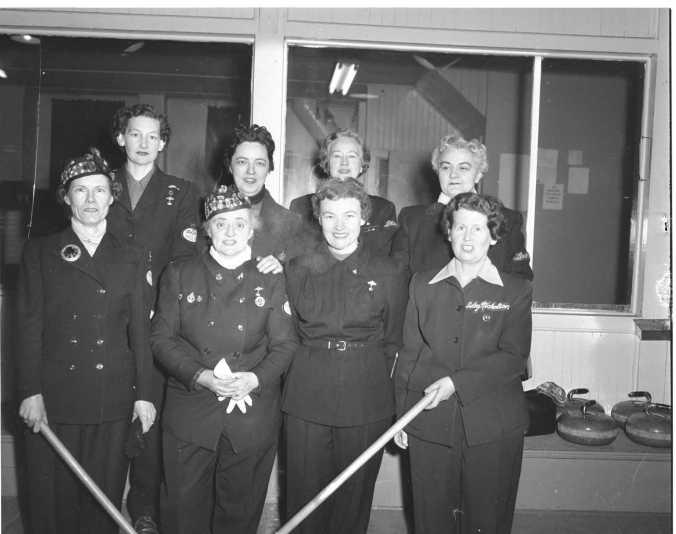 The Unsatisfied Judgement Fund was set up in Ontario under the Highway Traffic Act to provide financial relief to innocent victims of motor vehicle accidents. The Fund provided up to 300,000.00 in compensation and the government often sued the Unsatisfied Judgement driver for amounts it paid beyond that. The driver’s licence was also revoked until the judgment was satisfied. The Fund allowed those that could not afford insurance the ability to drive a car in Ontario. When you purchased your vehicle plates you either provided proof of insurance or purchased the Fund which as you can see in 1958 cost $5.00. It has been replaced by the Motor Vehicle Accident Claim Fund.