Only one paper was printed during the first week of April 1958 due to Good Friday, so we have fewer photos and news items this week. To fill the space we have included the January 13th, 1927 edition of the Midland Argus.

The Midland Argus was a second Midland newspaper that was eventually absorbed into the Midland Free Press about 1937. Most Midlander’s have probably never heard of the Argus, though we think our audience is more attuned to the history of the town.

Click on the link below to open the newspaper. (See the bottom of the page for help with PDF files)

One of the sad awakenings of young “hubbies” is to find that the little woman doesn’t know a pot roast from a leg of mutton. These members of Waverley 4-H Girls’ Club, seen with their leader, Mrs. Bert French, learned something about meats during a meeting at Argue’s meat market, Midland, last Wednesday. Left to right, girls are Peggy and Carole Robertshaw, Sharon Crowe, Linda Horning, Anne French and Anne Handy. Mr. Argue, at the rear, and Canada Packers co-operated in the demonstration.

These hydro wires on Midland’s Yonge Street [complete with trees and boulevards] between First and Second lost their principal means of support early Monday when a car crashed into the pole and went on to hit a house at 220 Yonge Street. The driver was Wm. Leitch. Police believe he fell asleep at the wheel.

Dr. P. B. Rynard made his victory speech from the election news desk of the Free Press Herald Monday night. The Progressive Conservative standard bearer was re-elected in Simcoe East with an increased majority, ahead of Liberal John R. MacIsaac and CCF’er William Winchester. [The other men were cropped out of this photo as it appeared in the newspaper. Local insurance agent Les Taylor is seen on the right and optometrist Art Tweedle beside him.] 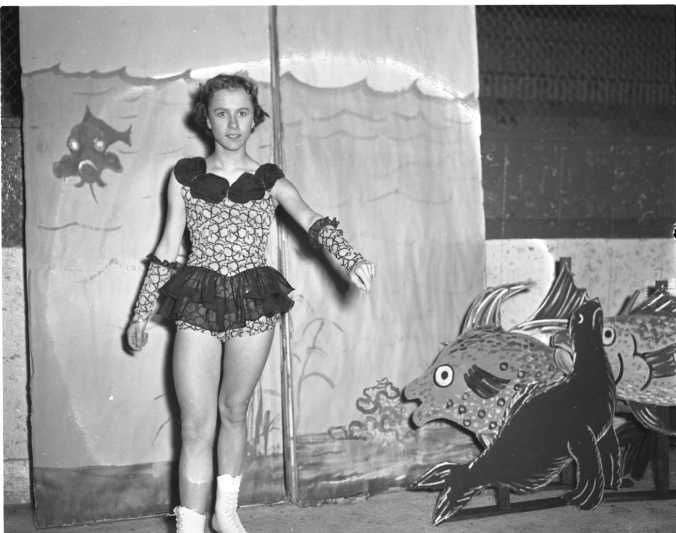 The progress Midland youngsters have made in figure skating in recent years was evident at the ice revue in Arena Gardens Friday and Saturday nights. One of the girls who has graduated to solo work is Mary Lynn Boyd, who drew loud applause for a polished performance as the “Captain’s Daughter”. 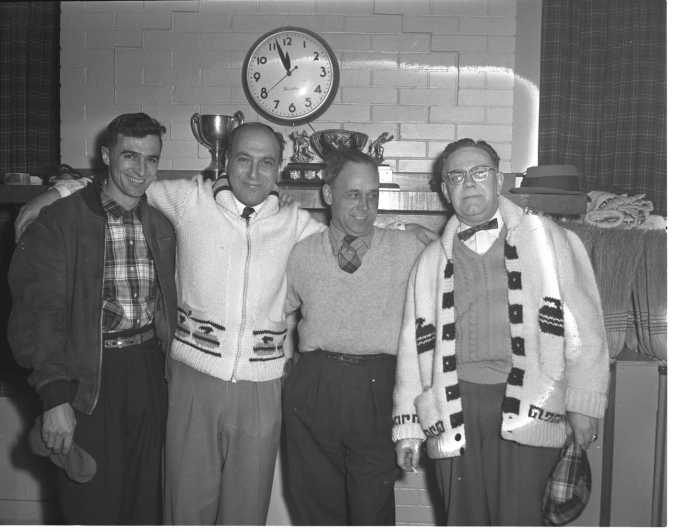 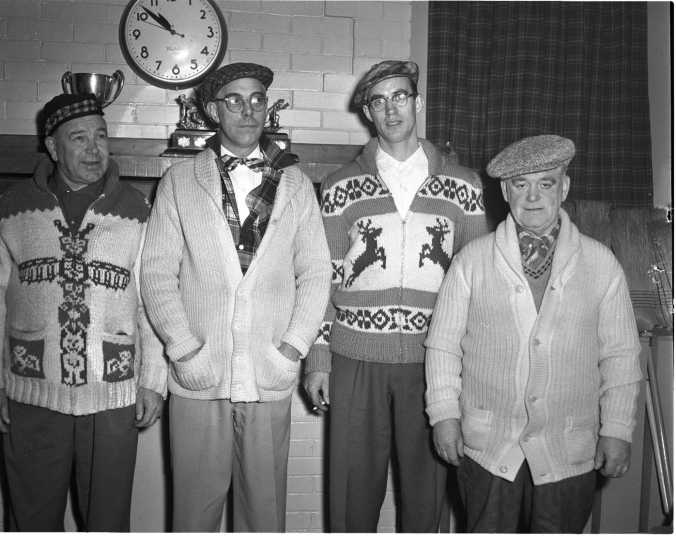 This document is  available in Portable Document Format (PDF).  To download and view these documents you need PDF viewer software.
Below are instructions for downloading and installing Adobe Reader software.

The latest version of Adobe Acrobat reader is available free of charge to anyone that wishes to use it to view PDF (Portable Document Format) files.