The Free Press negatives came to the museum in their original Ilford film boxes, each box containing a month’s worth of negatives, roughly 100. It appears that the month of April 1959 was not included. We know that the photos are the most interesting part of these museum postings for many people and we will “copy and paste” from the newspaper whenever the quality permits. 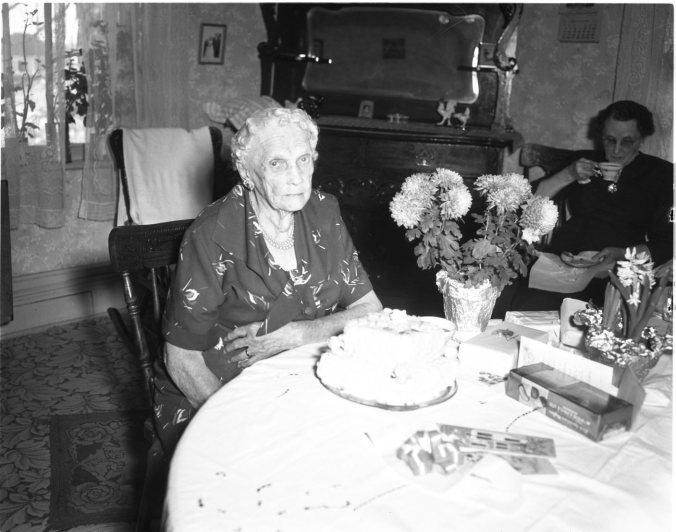 Saturday marked another milestone for Mrs. Elizabeth Archer of Waverley who marked her 91st birthday at the home of Mrs. James Truax. Born in Tecumseh, Township, she was married 72 years ago to William Archer, who passed on some ten years ago. The Archers had farmed on Con. 2 Medonte for many years, later retired to Elmvale. Mrs. Archer, who has no family, came to Waverley to live some three years ago. Aside from a slight defect in her hearing she still enjoys reasonably good health for her years. 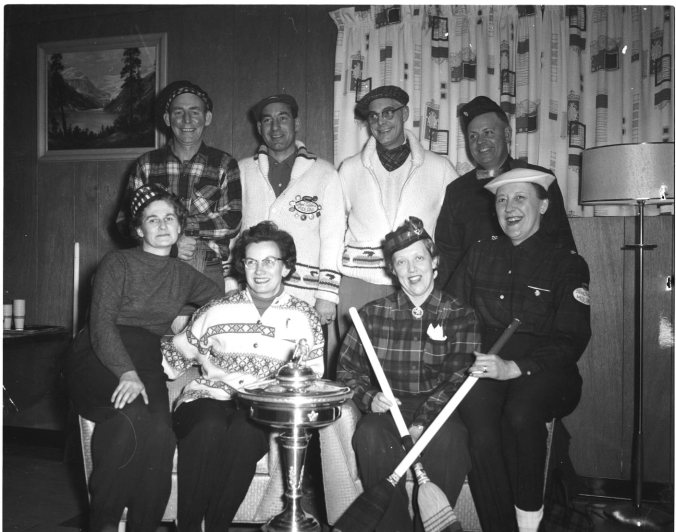 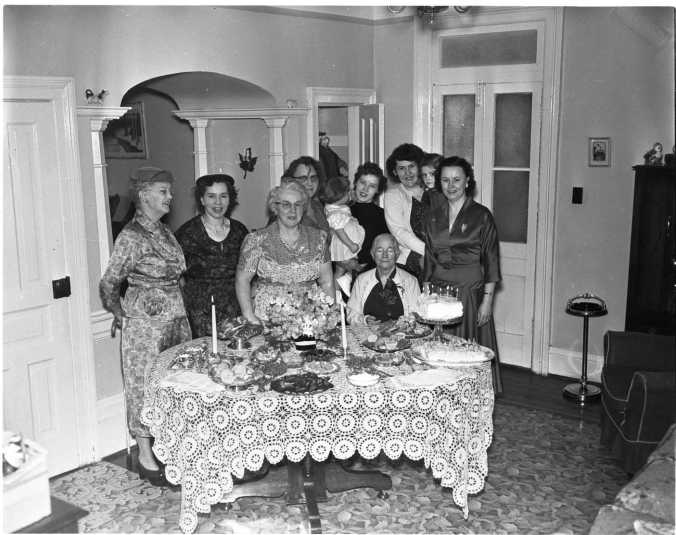 Unlike younger members of their sex, ladies at Georgian Manor don’t try to cut a few years off their age. Shown here celebrating her 81st birthday at the home of her niece Mrs. Wm Carr, is Miss Nellie Evans, seated, who lived near Victoria Harbour until about a year and a half ago. Standing left to right, Mrs. George Ingram, Mrs. A. B. Murcklen, Mrs. Wm. Carr, Mrs. Elsie Fountain, Mrs. Douglas Hardy, and Carol Anne, Mrs. Gordon Carr and Linda, and Mrs. W. A. Argue.

Dr. Lorenzo Marcolin, whose relatives are pictured above, was born in Port McNicoll and after a prestigious career as a surgeon has authored a book entitled “A Great Lakes Treasury of Old Postcards” which is available at the museum.  https://www.dundurn.com/books/Great-Lakes-Treasury-Old-Postcards