The first week of July 1959 was an exciting time for North Simcoe as Queen Elizabeth and Prince Philip arrived in Penetang on board the royal yacht Brittania and departed from Midland by train. During the same week Bausch and Lomb announced the construction of a 10,000 square foot, $100,000 dollar addition to their Midland facility, the inaugural broadcast of CKMP radio occurred and the  Brooklea Golf Course opened.

Unfortunately, there were no royal visit photographs in the museum’s Free Press collection. It seems that many of the important negatives used in the newspaper such as Hurricane Hazel and the launching of the McLagan disappeared before the collection came to us.

Getting this huge 3,000 KVA power transformer into position at Midland’s new Scott Street sub-station was a man-sized job. The big transformer, weighing 24,400 lbs., towers over PUC Chairman Alex Macintosh, left, and Stewart Holt, manager, (on trailer) and Dave Durgy, sales representative for Ferranti-Packard. More than 12 feet high, the transformer takes up a 9 by 6-foot base. 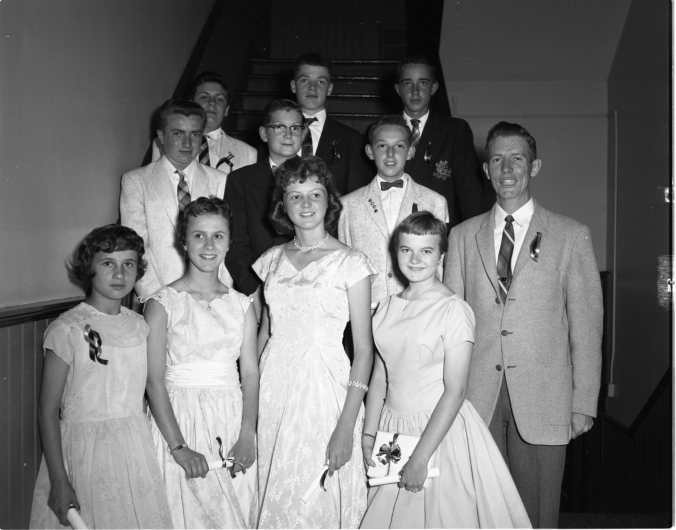 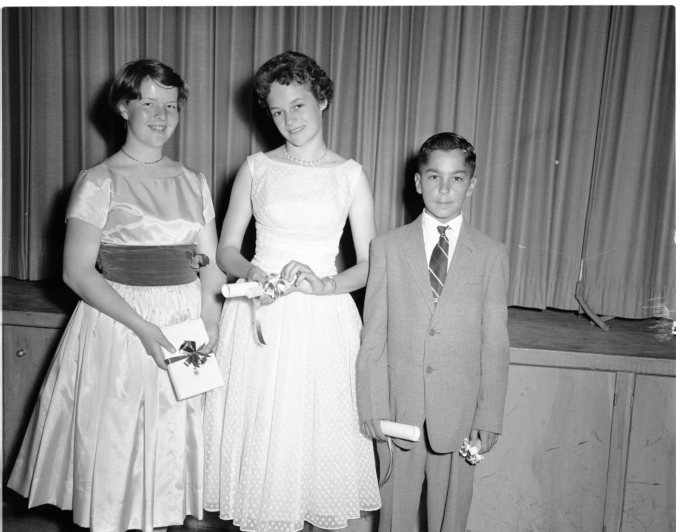 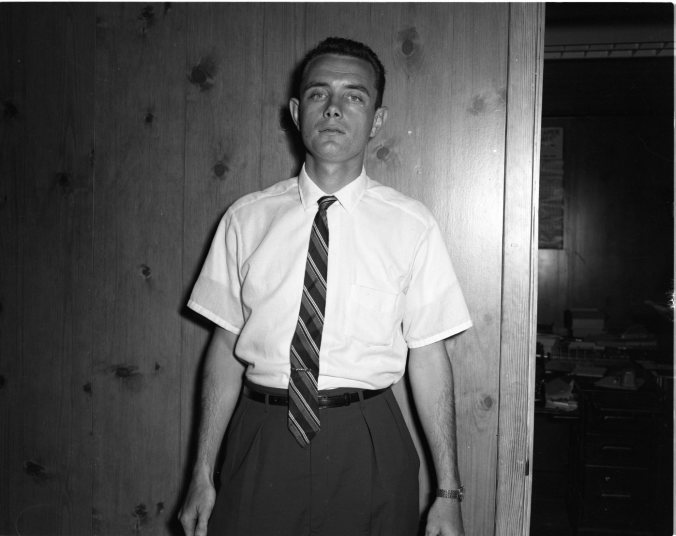 Midland’s legal fraternity increased by one June 15 when Frederick B. Horton joined Edward B. Kendall in the practice of law. A graduate of McMaster University, as is Mr. Kendall, Mr. Horton completed his studies at Osgoode Hall this year and has subsequently been called to the Bar. Prior to attending McMaster, he attended University College of Los Angeles in California where he received his high school education. For the summer Mr. Horton his wife and their young son Peter are staying at a cottage at Honey Harbour. Mrs. Horton is a granddaughter of Mrs. Olive Hunter the former Olive Jeffery of Midland. 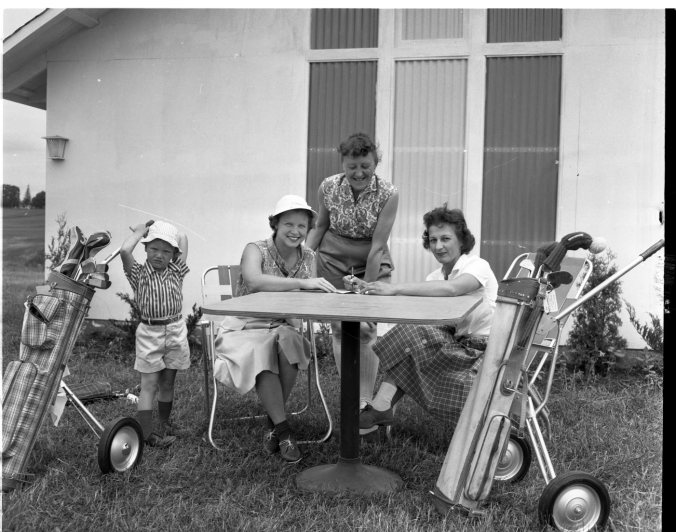 Operated by Mac Perrin, Midland florist, the new Brooklea Golf Course on Highway 27 southwest of Midland, was officially opened July 1. General view of the new course is seen in the top photo, Mrs. Vera Perrin watches Mrs. Bill Howard (left) and Mrs. Clive Park tally up their course scorecards. Raring to get started on another round is “caddy” Russell Howard. 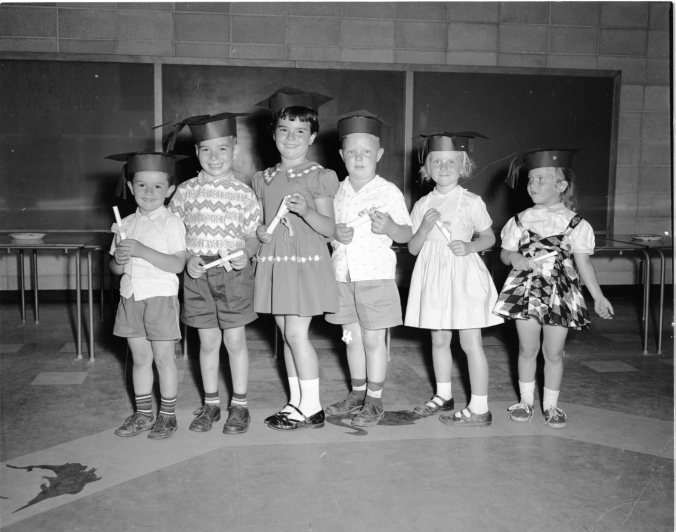 You don’t have to go to Queen’s, Yale or Oxford to have a formal graduation, say these youngsters, who will be moving up to Grade 1 from kindergarten next year. Wearing black crepe paper “mortarboards” are, left to right, Dennis Salichuk, Kirk Rutherford, Debbie Mount, Doug Howell, Lynne Harmsworth and Debbie Edwards. They attended classes at Regent School under kindergarten teachers Miss Margaret Marks and Mrs. Ken Cowan (Dorothy) this past term.

Another new thoroughfare is being opened to serve a rapidly expanding Midland. Trucks and bulldozers can be seen above working on Scott Street which runs between William and Johnson Streets, in the Wireless Hill district.

Great adventure in the Gogama woods lies ahead for these three Midland lads, seen with their father, Pete Pettersen. Boys are (left to right) Bruce, 6, Jon, 12, and Bjorn,15. The boys’ activities will be filmed by two cameramen under the sponsorship of sporting goods and boat firms. All phases such as camping and fishing will he filmed during the one to three-week stay in the northland.

Each week we try to pick an article from the time period in which we are presently working. In 1921 the effects of land speculation in Port McNicol in the late teens can be seen by the list of tax sale properties in 1921. Note that some people purchased multiple blocks of land hoping for a building boom that was to follow the arrival of the CPR. Pages from Midland Free Press_1921-11-10