While catalouging the Free Press negatives from 1966 we realized that it was a year of much new construction in our area. We have put together a series of photos showing some of that building boom. 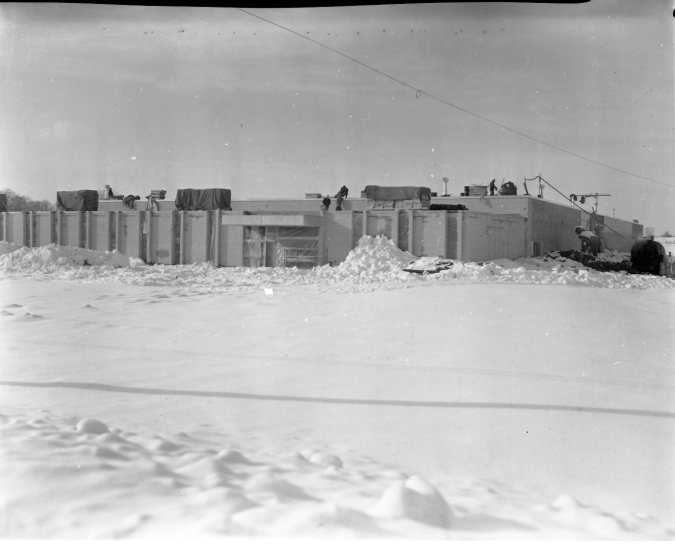 New Motorola factory on the north side of Highway 12, on what was called Jones’ corner, before opening in the summer of 1966.

Although subject of some controversy at times, the new Tiny Township office is rapidly taking shape west of Perkinsfield. It is being erected in a pine grove alongside County Road 25, half way between Perkinsfield and Balm Beach and is expected to be completed around the end of May.

Tremendous size of the two new buildings being erected for patients of the Ontario Hospital at Penetanguishene is evidenced in this picture. Buildings have one of the finest settings in the province, overlooking Penetang Bay and the east arm or Georgian Bay, including the western shore of Beausoleil Island.

We have no caption for this photo but by the location it may be the current site of “Grounded”. Had been NorSim Equipment in recent years.

One of Midland’s new plants, the Lembo Corporation Limited with head office in Paterson, New Jersey, plans to begin operations by July 1. This is a pilot plant, which will expand according to the Canadian market requirements. The plant manufactures machinery for the plastics industry, and in the initial operations will employ 19 people. 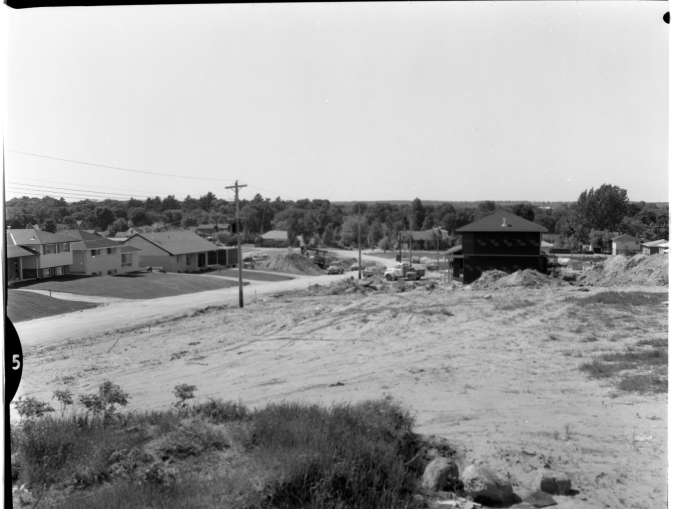 One of Midland’s most recent subdivisions is Lakeview, in the Russell – Manly Street area, south of Robert Street. Some of the new homes in this subdivision, both completed and just getting underway, are seen in this picture. New Huron Park Public School is just around the corner at the left.

Arcade Pharmacy on what used to be the site of the public washrooms. HFC next door.

Another new and very modern building going up on “the loop” is a 20,000 square foot addition to Kitchen Installations Ltd. Workmen had just begun footings for the plant when this picture was taken. KIL already has 40,000 square feet under roof from the original plant of a few years ago. And there is still plenty of land left in the property for more additions in the future, a KIL official pointed out.

Most modern truck terminal north of Toronto is this new building being erected for the Simmonds division of Dominion Freightways Co. Ltd. on Albert Street. Containing 12,000 square feet of space, it will have a central garage for repairing vehicles, as well as office and freight areas. It is one of several projects under way in Midland’s new industrial area, fronting or abutting Highway 12 to the south-east of town. 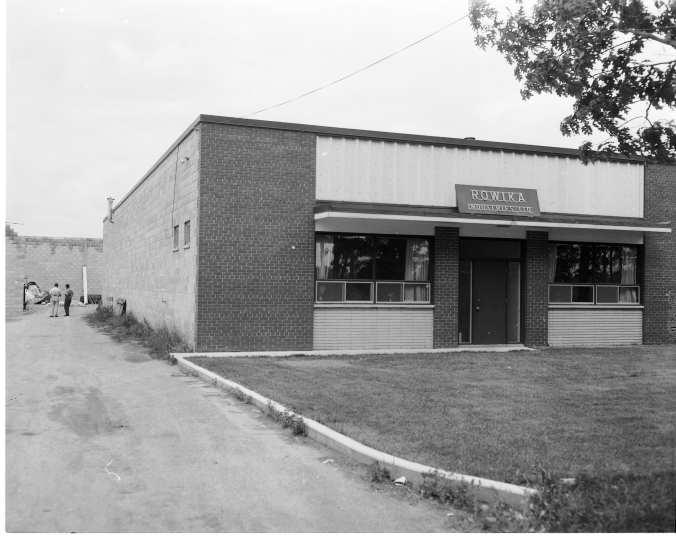 Visible at the rear of this picture is a new 5,000 square foot addition to Rowika Industries Ltd., doubling the present capacity of the firm. Rowika now has 25 men on staff in the plant and hopes to add 15 or 20 more in the future. The firm will be going into the partial assembly of parts for color TV, along with its present tooling for dies, jigs, fixtures, machined parts and special machines.

Help us identify this one??

Work is well underway on a new branch of Timber Preservers Ltd., a New Westminster B.C. firm which is building on the lakefront at the rear of the PUC building. The firm specialises in the making of steel culverts and the plant will have an area of around 6,000 square feet on one floor. 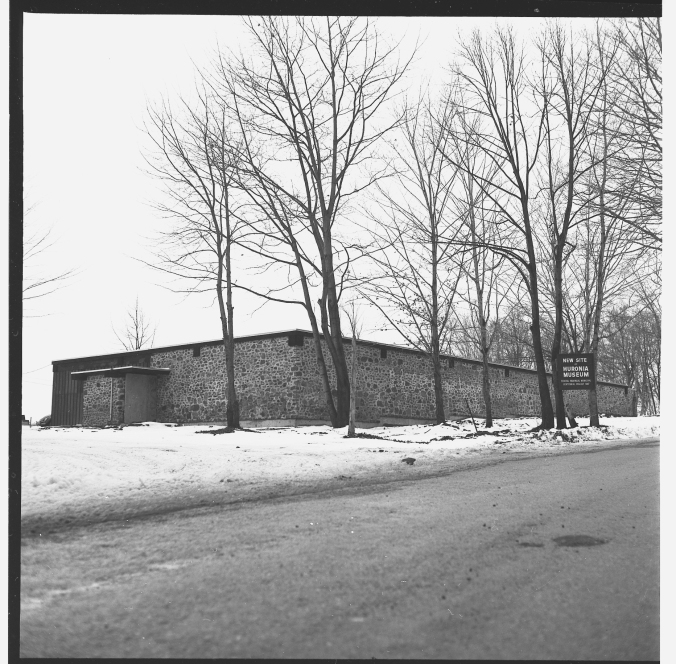 Midland’s new Huronia Museum at Little Lake Park is just about finished. The project is being undertaken as the municipality’s official recognition of Canada’s Centennial. Museum officials expect to spend the winter transferring displays and artifacts from the old building.

Simcoe County’s new archives building, its Centennial project, was officially opened this week. Costing close to $50,000, it is in effect an addition to the still new county museum at Midhurst. The museum has already attracted well over 20,000 visitors this year and is one of the area’s top tourist attraction. 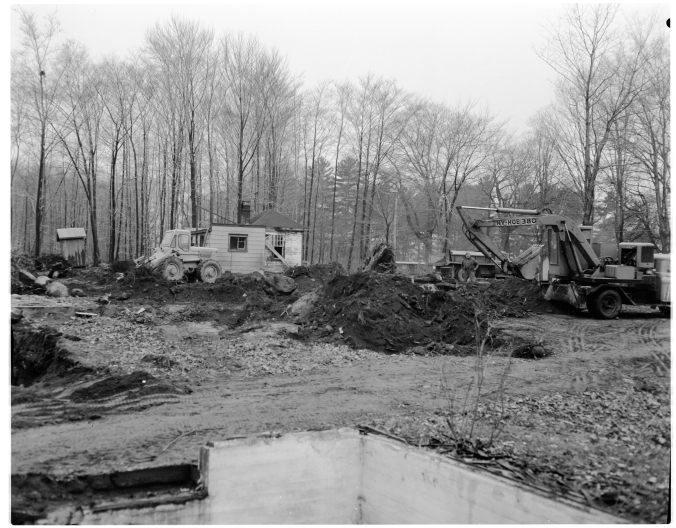 Plenty of work ahead for the winter months appears to be in prospect for the building trades in and around Midland. Photo 2834 gives an idea of the large area of the new shopping plaza going up in Tiny Township just west of Hugel Ave. (Ski jump in the background.) In the lower photo ground is being broken for the new Therrien Furniture and Appliance Store located just south of the plaza. (Now Full Line Electronics)

All of this was in 1966 as well as much residential construction.