**Note: Visitor’s will have to explore the Midland Town docks to find the 4 plaques at this location.

Midland’s potential as a gateway for grain entering eastern Canada was seen as early as 1898. The Town House elevator was the first to be built by the Grand trunk Railway, in 1896, and was followed by The Aberdeen, Tiffin and Simcoe elevators. Grain coming from the Canadian west was taken by train to Thunder Bay. From there it was shipped to Midland by boat and unloaded into one of 4 elevators where it then entered eastern Canada by train or boat. 99.9% of the grain went by rail. The industry thrived until transport subsidies were lifted in 1991. Now only the Midland elevator, owned and operated by ADM Mills, survives. 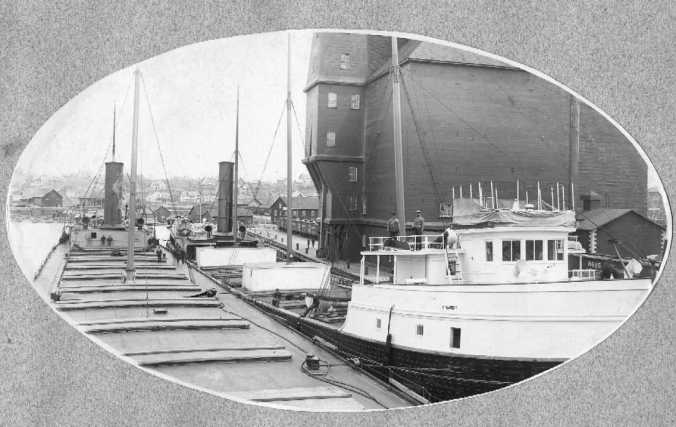 The Simcoe Elevator stood on the shore across from the Midland Town Dock.

The demolition of the Simcoe Elevator. 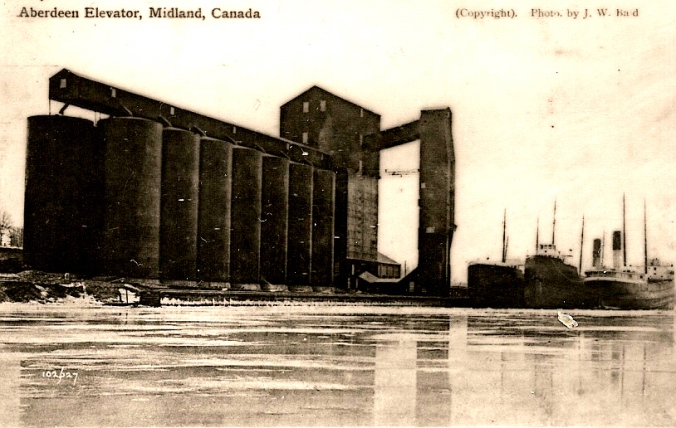 The Aberdeen Elevator, up the shore from the Tiffin Elevator. Photo by J.W. Bald. 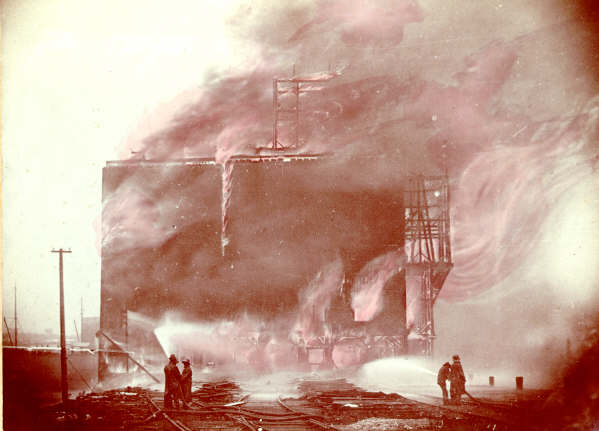 The Town House Elevator burned to the ground in 1904.

Construction of the current Midland Elevator (view from the back), still standing and in use in Midland Harbour. Owned by ADM Mills. 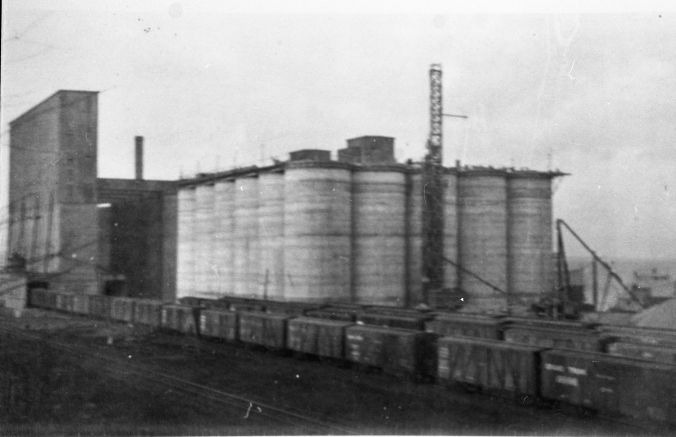 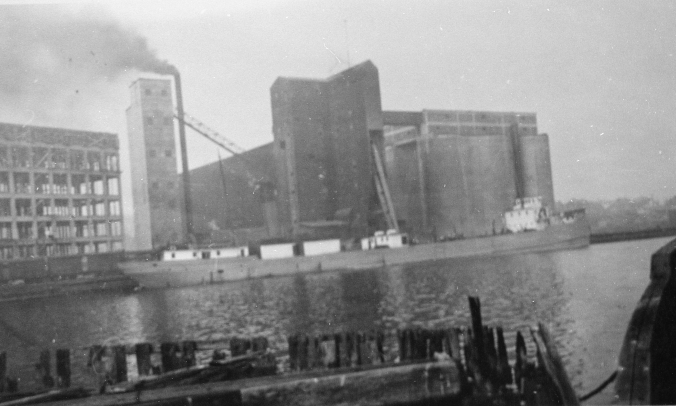 Construction of the Tiffin Elevator in 1908 emphasizing the concrete pouring and positioning of the grain silos. 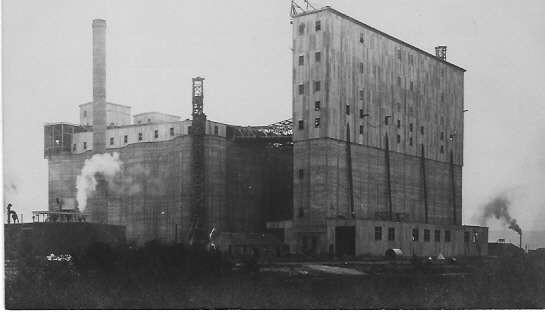