Canadian Pacific #3722, a class N2bs, 2-8-0 steam locomotive built in 1912 by the Montreal Locomotive Works. The #3722 is shown inside the roundhouse at Port McNicoll. This engine would later become the last CPR steamer to leave Port McNicoll on April 30th 1960, the final day of regular freight steam service on the CPR in Ontario. #3722 was scrapped a few months later in September of 1960. Sister engine #3632 was also operating from Port McNicoll at this time. 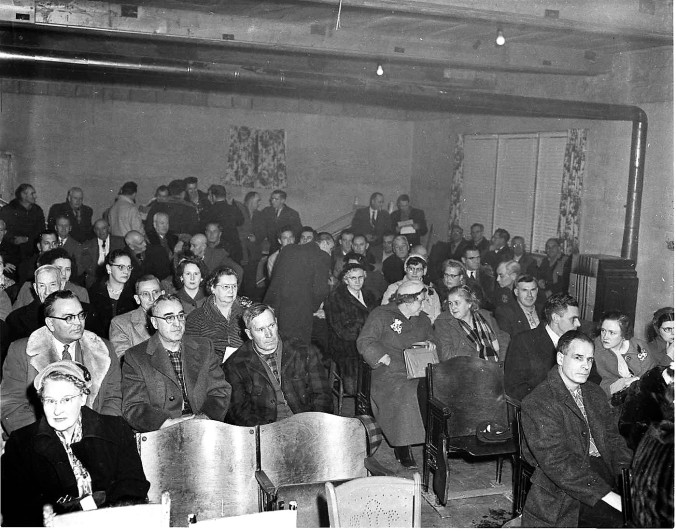 A large turnout at the Legion Hall in Victoria Harbour for municipal nominations. Florence Belcher, with purse on her knee at right, is running for Reeve and Vernon Morris, in the fur collared jacket on the left is running for school board.

Walter Young Machinery and Equipment Company of Waubaushene is doing work for many area firms and large companies as well, Ernest Rambler is operating a German made lathe that is used to produce the many bushings and shafts needed in repair work.

Fred Lawson of Sturgeon Bay and Clinton Burley of Waubaushene overhaul the engine from the Tay Township grader.

Also at Walter Young Machine Max Garland does a welding repair on a “two yard” bucket from a Lima shovel. Not stated, but likely a piece of equipment from the construction of Highway 103, the Trans Canada, happening at that time near Waubaushene.

We have often lamented that the negatives from the Penetang office of the Free Press are not available, we assume they were discarded long ago. Although the quality will not be as good, by scanning we hope to show you some of the people and events from Penetanguishene and Tiny.  The same will be done for photos that were contributed by others such as Watson’s Studio, Rolfoto and the regional correspondents. 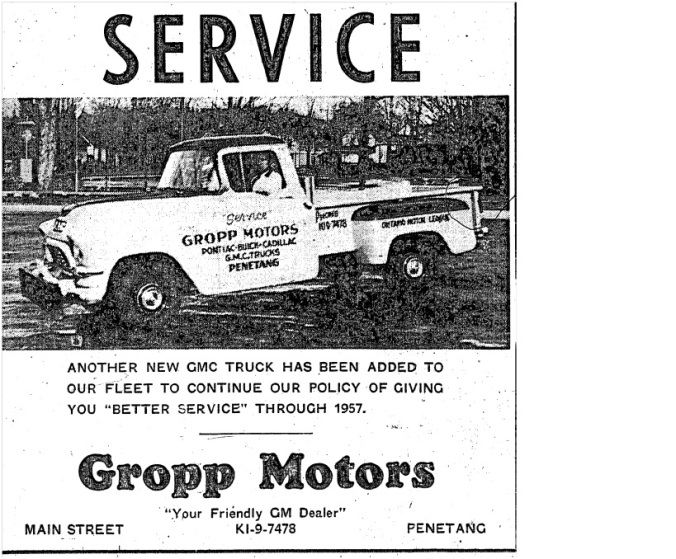 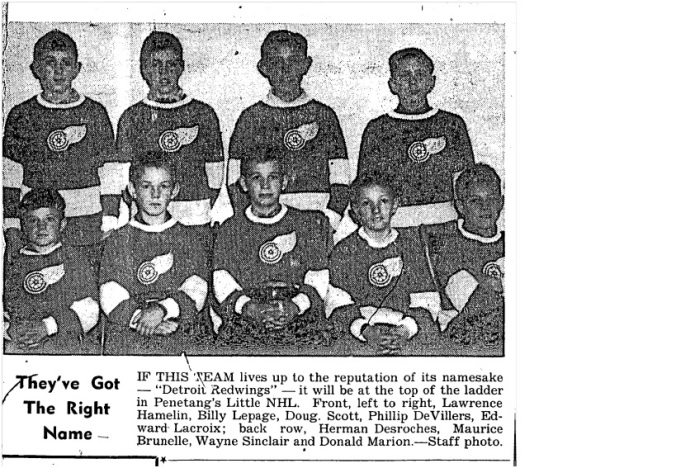