Anne Shiels and Mary Arbour model two Fabulous Formals gowns during a fashion show tonight in the Elmvale Community Hall. The fashion show will be jointly sponsored by the Woman’s Association of the Elmvale United Church and Edwards Specialty Shoppe, Midland.

Misses and matrons ensembles will be modelled by Lynn Mills and Mrs. Isadore Arbour tonight in the Elmvale Community Hall.

Participants in the fashion show are Dianne McKnight and Sharon Grant. 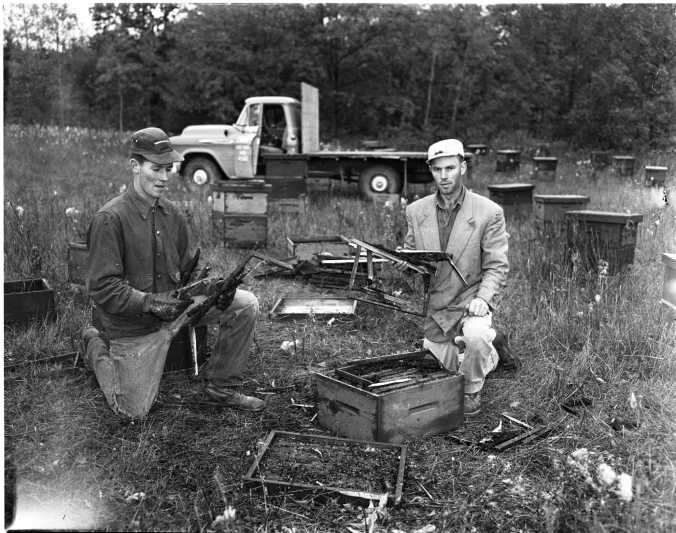 Beehives provided a feast for a passing black bear and were completely destroyed in the process. Keepers Dave and Ed Woods of Hillsdale inspect the damage.

The new municipal building is nearly complete after months of delay caused by a shortage of materials. Looking over the blueprints are, in front, Alderman Clint Smith, contractor Alfred Rei, clerk-treasurer Bill Hack, Reeve Bill Keller and in the back, Alderman Herb Beauchamp and to his right Alderman Bill Orr.

Architect Robert Cripps, Mayor Charles Parker, Reeve W. H. Keller and alderman Bill Orr stand on the stairway which runs from the rotunda of the new building. The building was inspected by Midland council Wednesday afternoon. 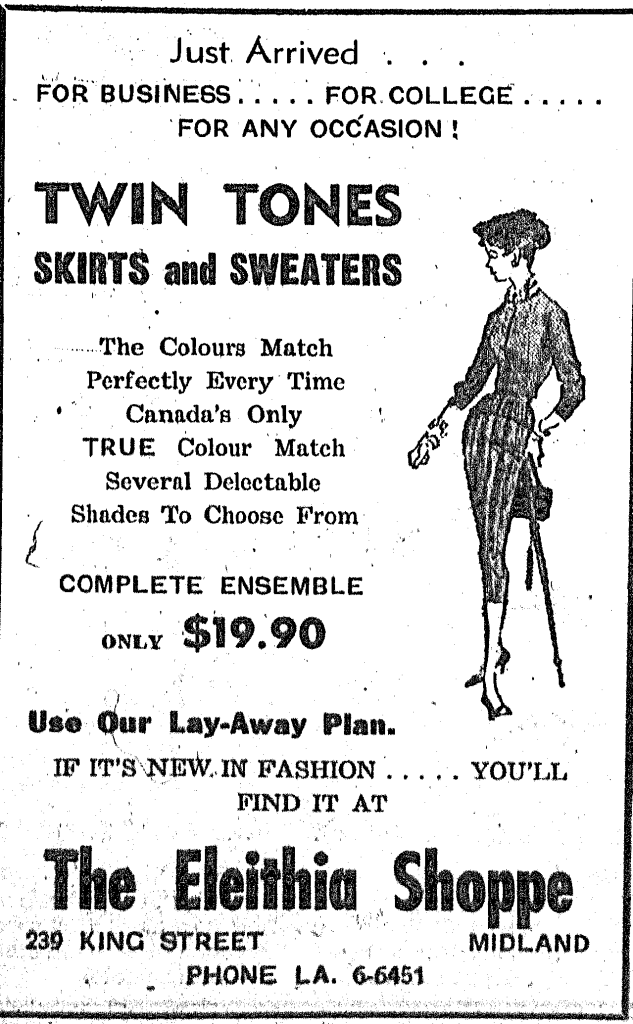