Cleaning out his old office in the Ingram Block before moving to the new Municipal Building, Midland’s clerk-treasurer Bill Hack came across three World War 1 medals and the number one dog tag for 1917. Awarded by the town to first war veterans, the three medals never picked up were intended for F/L, G. Black, Seaman R. White and Lieut. J. M. Watt.

Where to put the sign, R. B. Moffatt, secretary-manager and Frank Bray president of the Chamber find the spot. The new office is on the ground floor of the new building. 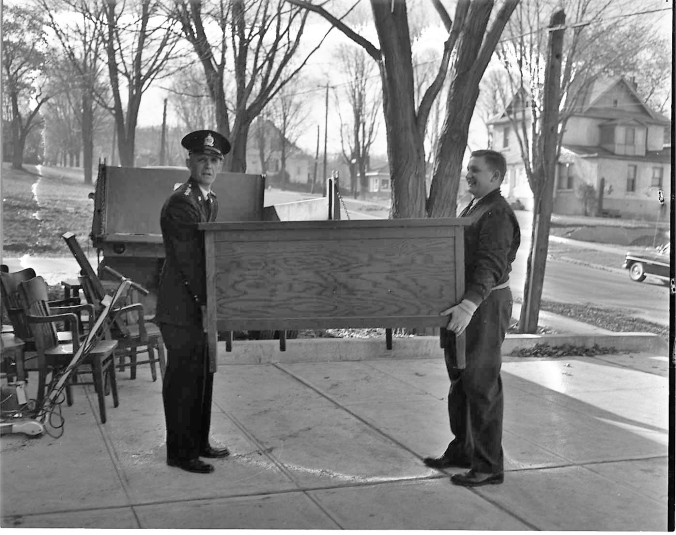 Prospect of getting into their new offices at the new municipal building seems to be making the task easier for police chief Bob Cameron and Constable Ross Willett.

Many local agencies were busy on the weekend moving their offices into the new municipal building on Dominion Ave. W. Unpacking a few of their law books are probation officer Bruce N. MacIntosh and his secretary Miss Diane Anest.

“Apple Day” this year for Boy Scouts and Wolf Cubs of South Georgian Bay District netted the association more than $600.00. Starting out from their tent pitched on King Street (Beside A. Barrie & Sons, the location in 2017 of the Arcade & Jory Guardian Pharmacy 286 King)  are Midland Scouts, Paul Delaney, Ken Cleary, Andy Desroches and Frans Kes. 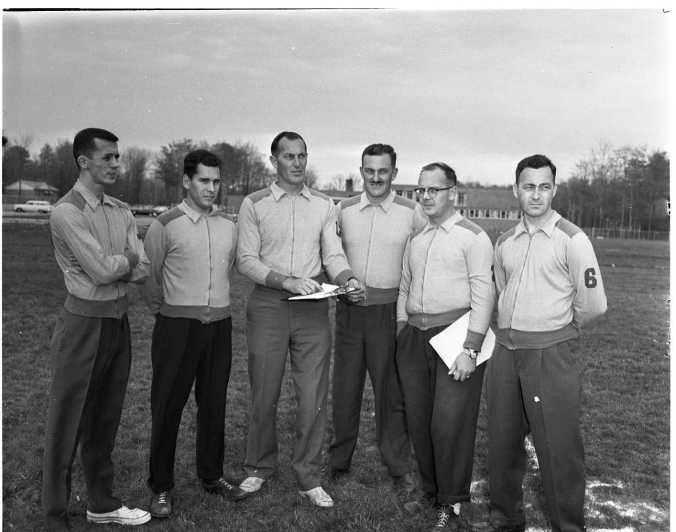 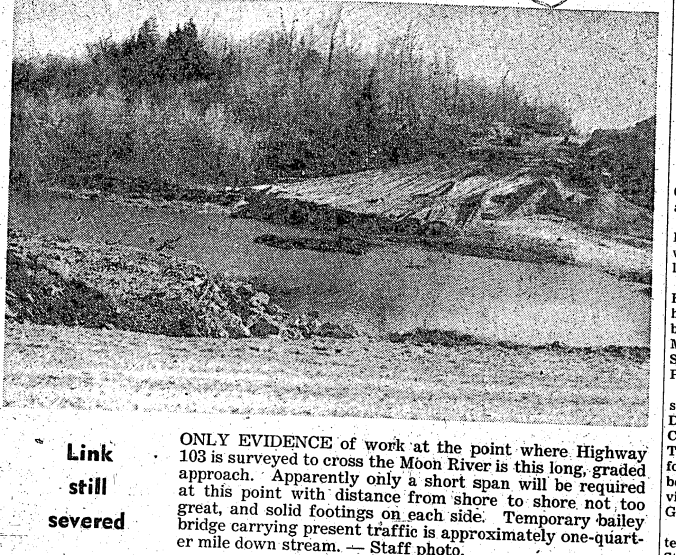